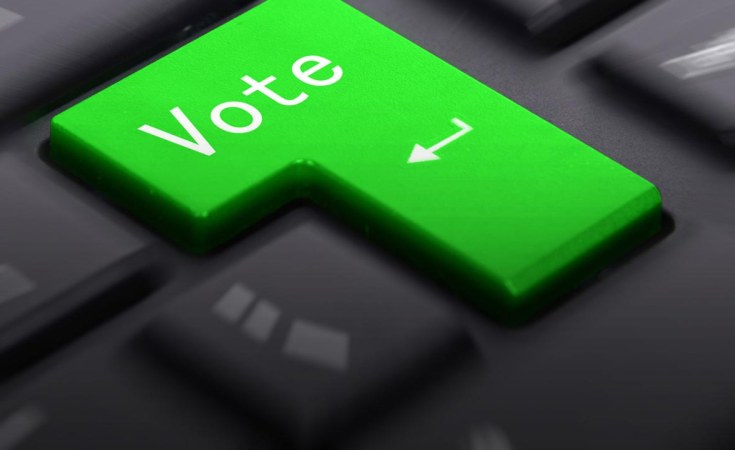 Monrovia — The election monitoring group, the Africa Democratic Observation for Peaceful Elections and Good Governance (ADOPEGG), has called on the African Union (AU) and the Economic Community of West African States (ECOWAS) to rise up to the occasion to impartially report on the Guinean and Ivorian crisis.

At a press conference recently at its head office in Congo Town, ADOPEGG, through its Chief Executive Director, Mr. Patrice Z. Bahi said the AU and ECOWAS, along with civil society organizations of Africa should be robust in their implementation of their tasks and advocacies to foster peace and democracy on the African Continent.

The group made the assertions in the wake of the controversial elections in Guinea and Ivory Coast that have claims the lives of dozens of citizens of both countries.

In Guinea, incumbent Alpha Conde, 82, was declared winner of the October poll with 59.5 percent of the vote to secure a controversial third term, according to the election commission.

Conde's main challenger Cellou Dalein Diallo and other opposition candidates alleged irregularities and filed an appeal against Conde's victory to the constitutional court. The opposition blamed him for unilaterally changing the constitution to run for a third term.

But the constitutional court ruled in favor of Conde on grounds that they failed to produce any evidence. Official death tolls is at over 27.

In the Ivory Coast, Ouattara was declared victor with more than 94 percent of the vote, which was boycotted by the main opposition.

The president's opponents say he breached the country's two-term presidential limits, but Ouattara argued that the constitutional amendments introduced in 2016 effectively reset the countdown clock on the two-term limit and allow him to run again.

The opposition has refused to acknowledge the results of the election, launched what it calls a campaign of civil disobedience and pledged to set up a transitional government to replace Ouattara. But the constitutional court also ruled in Quattara's favor. Officials say about 84 people have died in pre and post-election clashes, with many fleeing to neighboring countries, including Liberia.

Speaking at the conference, Mr. Bahi said the ongoing political upheavals in these countries can be widely attributed to the failure of major regional bodies to flag out the 'unconstitutional' actions by the incumbent Presidents.

Said the group: "ECOWAS should play a neutral role by speaking the truth during its intervention when there is instability in any ECOWAS state. ADOPEGG would desire to see these African organizations like the ECOWAS, AU and the African Civil Societies to engage in a good implementation of their tasks."

In its report, ADOPEGG said the election process in Guinea was underlined with high level of tension and intimidation, "with the psychological impact being high on the people during the campaign period."

According to the group, 46 people lost their lives and about 200 wounded as the result of the beating the by security forces, while many are still in detention.

The group further documented that the attack on the escort of the leader of the opposition Union of Democratic Forces of Guinea (UDFG), Mr. Cellou Dalein Diallo upon his arrival in Kankan, and the deployment of armed men in the country during and after the elections are some of the strategies employed by the ruling party to intimidate its opponents.

On the Ivorian situation, ADOPEGG reported that several peaceful protests organized by the opposition against Mr. Quattara's decision to seek re-election for the third term was met by violence and intimidation from security forces.

Said the group: "The mission notes that several brutal actions occurred during the campaigns, and with all these, we thought that the election process couldn't have been validated with the statistics indication Mr. Allassane Dramane Quattara obtaining 3,031,483 votes, signifying 94.27% and Mr. Kouadio and Kouakou Bertin obtaining 64,0222 votes, amounting to 1.99%".

Going forward, the group, through its Executive Director Bahi, called on institutions in charge of conducting elections in the region to be independent in the discharge of their duties; and preparations for next elections to commence immediately in chronological manner to avoid any election crisis.

It further called on authorities in charge of elections at various Guinean embassies to recognize civil society organizations involved with monitoring the process.

It also called for the registration and distribution of voter cards to be done on time and called on member states to foster security in the region.