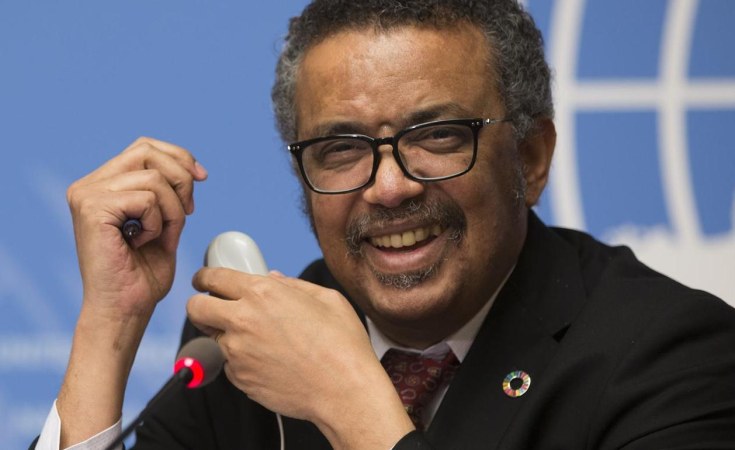 Ethiopia's army chief on Thursday accused WHO boss Tedros Adhanom Ghebreyesus - a Tigrayan himself - of lobbying for the dissident region and helping them procure weapons.

"He has worked in neighboring countries to condemn the war. He has worked for them to get weapons," army chief of staff General Berhanu Jula told a press conference.

Jula said Tedros had "left no stone unturned" to help the Tigray People's Liberation Front (TPLF), the party Prime Minister Abiy Ahmed says he is targeting in a military offensive in the region.

Besides referencing Tedros' well-known TPLF affiliation, Ethiopia's military offered no evidence at all for their allegations.

"This man is a member of that group and he has been doing everything to support them," Jula said.

A WHO spokesman said there was no immediate comment on the accusation against Tedros, an Ethiopian of Tigrayan descent who served as health minister in a former national government coalition led by the TPLF.

"What do you expect from him? We don't expect he will side with the Ethiopian people and condemn them," said Jula.

Tedros, 55, was elected in May 2017 as the WHO's first African director-general, and has come to global prominence as head of the health body during the coronavirus pandemic.

The accusation levied against Tedros comes as Ethiopia's government said rebels have committed "serious crimes" after conflict broke out this month, leaving hundreds dead and sending over 30,000 refugees into neighboring Sudan.

Survivors of the reported attack told Amnesty researchers that militias affiliated with the local Tigray government killed scores or even hundreds of civilians, some of whom were ethnic Amharas.

"As we enter the final phase of law enforcement operations against this group, we would like to remind the leaders of this group that the atrocities that have been committed by their forces and loyalists in places like Maykadra constitute serious crimes both under Ethiopian and international law," the statement said.

The TPLF offered no immediate response.

Also on Thursday, US President-elect Joe Biden's foreign policy adviser called for an end to fighting and protection for civilians in the region.

"Deeply concerned about the humanitarian crisis in Ethiopia, reports of targeted ethnic violence, and the risk to regional peace and security," Antony Blinken wrote on Twitter. "The TPLF and Ethiopian authorities should take urgent steps to end the conflict, enable humanitarian access, and protect civilians."