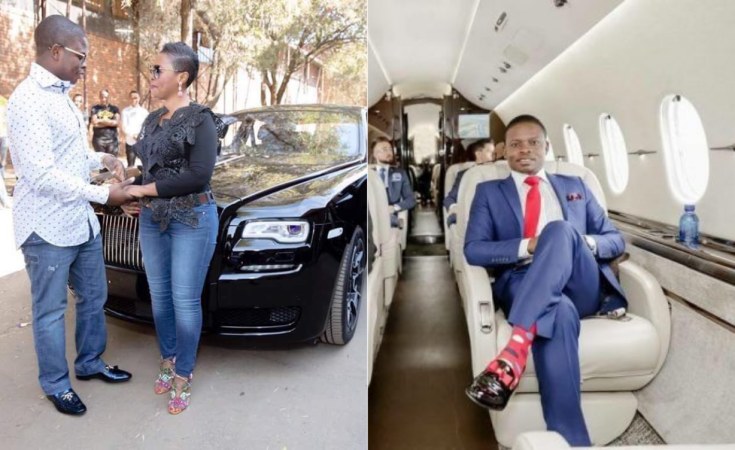 The escape from South Africa of self-styled Malawian prophet and preacher Shepherd Bushiri and his wife Mary has left President Cyril Ramaphosa "embarrassed and concerned" and has dented diplomatic relations between the Southern African Development Community partners.

Extradition proceedings have begun after the incident which has once again highlighted how porous South Africa's borders are.

Bushiri, along with his wife, is on trial charged with theft, fraud and money laundering involving R105 million (5.7 million euros).

Earlier this month they were granted bail at R200,000 each.

Last Friday they failed to present themselves at the Centurion police station south of Pretoria in terms of their bail conditions.

At the time, Malawian President Lazarus Chakwera was on an official visit to South Africa.

Authorities in Pretoria feared the Bushiris would try to leave the country aboard the presidential jet.

Chakwera's flight home was delayed for seven hours as police and immigration officials searched it and carefully checked each member of the official entourage.

Both South African and Malawian officials discounted reports that the Bushiris had been officially smuggled out of South Africa.

Once Chakwera was back in Lilongwe, Malawian officials issued a statement protesting at the South African treatment of their president.

The Bushiri's arrived back in Malawi at the weekend and after hiding out in a luxury hotel in the capital presented themselves to authorities.

The appeared in Lilongwe court where they were granted bail, although they are not facing charges in Malawi.

Information Minister Gospel Kazate said they were exercising their right to go home because they felt their lives were in danger in South Africa.

Asked about extradition proceedings, Kazate said Malawi is a nation of laws and that the matter will be dealt with by the book.

Back in Centurion, the R5.5 million luxury home belonging to Bushiri has been forfeited to the state because of his failure to appear in court.

Ramaphosa says he's awaiting a full report on the matter and will stay any action until he has received it.

"We are going to take action. That is for sure," he said.

Home Affairs Minister Aaron Motsoaledi took a pasting in Parliament over the escape of the Malawian fugitives.

He maintained that his jurisdiction in the matter ended when the court granted them bail against his best advice.

There is a growing belief that the couple, travelling without passports, crossed South Africa's northern border with Zimbabwe.

They might not have done this at Beit Bridge which is closed to individuals because of the Covid-19 lockdown.

Locals wait at the border post offering to assist illegal crossings for R1000 a time.

The Bushiris have joined a list of celebrity fugitives from South Africa. In 2011 an Islamist terrorist known as the White Widow, Samantha Lewthwaite, believed to responsible for the Westgate Mall attack in Nairobi and other terror incidents escaped using South African travel documents.

In 2015, Sudanese President Omar Al Bashir was spirited out of South Africa despite a Pretoria court order that he be handed to the International Criminal Court that wants him on war crimes charges in Darfur.

The Gupta brothers, wanted for state capture during the presidency of Jacob Zuma, escaped South Africa and are sheltering in Dubai and India.

Fugitive Cleric Bushiri Now Wanted For Rape in South Africa
Tagged:
Copyright © 2020 Radio France Internationale. All rights reserved. Distributed by AllAfrica Global Media (allAfrica.com). To contact the copyright holder directly for corrections — or for permission to republish or make other authorized use of this material, click here.

June 12 Is Not a Date, It Is History for Nigeria
Health