Libyans Charting Way to Secure and Prosperous Future, but Challenges Lie Ahead 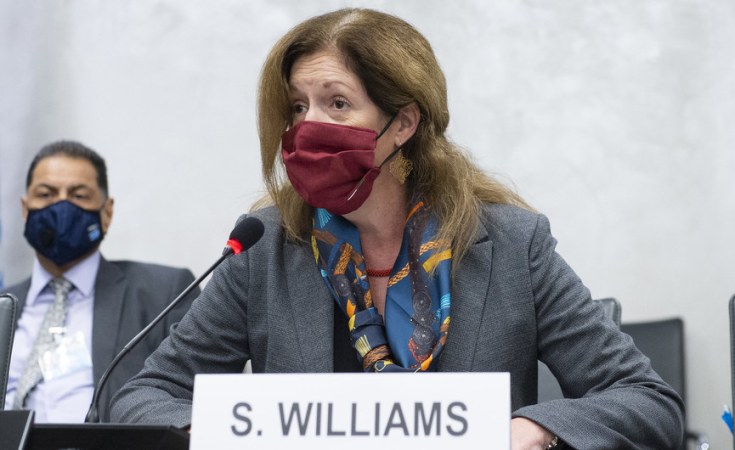 Following years of political instability and conflict, Libya is making substantial progress on the path to peace, the top UN official in the country told the Security Council on Thursday.

Stephanie Williams, Acting Special Representative of the Secretary-General and head of the UN's mission in Libya, UNSMIL, outlined recent developments including a nationwide ceasefire agreed last month and the start of political dialogue last week in neighbouring Tunisia.

"After many years of oppression, division, chaos, misery and conflict, Libyans are coming together for the sake of Libya, for the sake of their children and grandchildren, to chart a Libyan vision for the way forward that has the opportunity to preserve the country's unity and reassert its sovereignty," she said, speaking via video link.

Ms. Williams recalled that the historic truce for Libya was reached in Geneva on 23 October, where a Joint Military Commission, comprising representatives from both parties, "set their differences aside and, guided by their patriotic spirit, responded to the Secretary-General's call for a global ceasefire."

It provides for the withdrawal of all military units and armed groups from the frontlines, as well as for mercenaries and foreign fighters to depart Libya, within 90 days.

With the ceasefire holding, UNSMIL has facilitated dialogue between rival sides the Government of National Accord, based in the west of the country, and the Libyan National Army, which holds power over larges areas in the east.

The Joint Military Commission has developed terms for a ceasefire- monitoring mechanism, while a coastal road critical for travel and the transportation of goods has been reopened, and a prisoner exchange programme is ongoing.

"The sharp decrease in the number of civilian casualties compared to the second quarter of 2020 is another reminder that when the guns are silenced, civilians are protected," said Ms. Williams.

Meanwhile, Libya is now back to producing oil following the lifting of a months-long blockade, and a project to unify and restructure forces protecting petroleum facilities is underway.

Ms. Williams convened the parties in Tunis last week, paving the start of political dialogue. The 75 participants, 16 of them women, represented Libya's main geographical, social and political constituencies. The outcome was a political roadmap that includes elections on 24 December 2021, the 70th anniversary of Libya's independence.

"Libyans have made it clear. Organization of presidential and parliamentary elections is their demand and must be our common objective," she said.

No time for complacency

However, the top UN official warned "there is no time for complacency" as the situation in Libya remains volatile.

Although the Joint Military Commission seeks to operationalize the ceasefire agreement, the sides have yet to withdraw their forces, while arrangements for the distribution of oil revenues will depend on progress on the political track.

Ms. Williams also urged the international community to fully respect and support the various agreements made by the parties, stating "This Council has tools at its disposal including to prevent obstructionists from jeopardizing this rare opportunity to restore peace in Libya. I call on you to use them."

In his address to the Council, Libya's UN Ambassador, Taher Al-Sunni, emphasized several points for the current political dialogues to succeed, such as the need for a binding resolution to support what the Libyans agree on in their various dialogues.

Mr. Al-Sunni also spoke out against foreign intervention in his country.

"We call on the Security Council and international community to take this opportunity and to show goodwill by supporting the will of the Libyan people and their right to self-determination; not to use Libya as a way to settle scores", he said, speaking through an interpreter.

While optimistic about Libya's future, Ms. Williams said she remains "clear-eyed" about the challenges that lie ahead.

"Only shared responsibility, nurtured by patriotism and love of the country, can lead to the shared security and prosperity for which so many Libyans yearn. Libyans deserve, if not the support, then at least the non-interference of the main international actors as they seek to forge a sovereign political path forward for future Libyan generations."