Somalia: In a Crowded Race, Newcomer Tries to Be Next Somali President 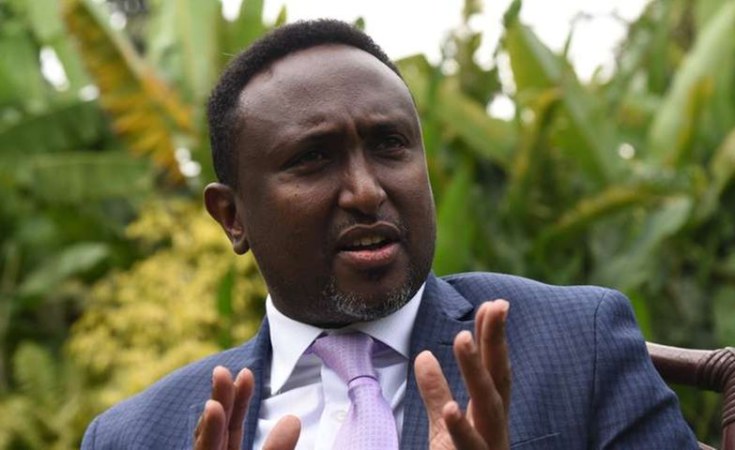 https://nation.africa
Abdihabib Yasin Warsame, 44, is one among more than a dozen presidential candidates contesting in the February 8, 2021 Somali election.
The Nation (Nairobi)
By David Mwere

Mr Abdihabib Warsame, 44, probably wanted to pursue a career in political science, not politics. After all, with a PhD in Political Science, not many African politicians study that much to master the game of who gets what, when and how.

While speaking at a press conference in Nairobi, Warsame said he has learnt a lot to enable him compete favourably in the upcoming Somalia elections.

"Somalia is facing numerous challenges both regionally and globally but the current administration has not helped the people of Somalia realise that there is hope in the future," Mr Warsame, the Hayaan party leader, said on Sunday.

He argued said that improving Somalia's relationship with neighbours like Kenya will be his top priority if he wins the country's presidential election scheduled for February 8, 2021.

Mr Warsame, a businessman based in the US, will be battling for the country's leadership in a congested race that has already attracted more than a dozen candidates, including incumbent Mohamed Abdullahi Farmaajo.

Speaking in Nairobi, when he revealed his plans for Somalia if elected, Mr Warsame said that the current leadership in the war-torn Eastern Africa country has not lived to the expectations of people.

Mr Warsame, born in the Puntland region of Somalia, is banking on the fact that historically, no sitting president has been re-elected to lead the country and, therefore, this could be his chance.

"Somalia does not need a leader who will antagonise relations with Kenya. It needs someone who understands that Kenya has shed blood on many occasions to ensure that Somalia stands out among the community of nations," he said, criticising the incumbent for occasional tiffs with Nairobi.

His three-point agenda for Somalia includes enacting a new constitution so as to take the country to universal suffrage as opposed to the current clan-based elections, ensure a standing military in place as well as disarming the al-Shabaab terror group.

Somalia's electoral programme kicks in officially next month as specially drawn delegates elect 275 MPs in the House of the People and 55 in the Senate. The MPs will then elect the next President in February 2021.

Traditionally, the MPs in the two Houses are elected by delegates based on the 4.5 clan based formula, which means four major clans getting a similar number of seats in each House with the minorities sharing the rest. Initially, clan elders had a free hand in nominating delegates but, under a slight change in the rules made last month, those delegates will be nominated by elders in conjunction with federal state electoral commissions and the national electoral commission.

That would require serious lobbying by every candidate and, at most times, bribery of elders and the delegates and the MPs. Those complaints often emerged from past elections including the one in 2016 when contenders for MPs reportedly paid delegates bribes and, in turn, demanded bribes from presidential contenders.

In spite of that shortcoming, Somalia retained its enviable tradition of peaceful transfer of power for the last two decades. Warsame says, in his pitch, that Somalia's security problems ought to be first priority.

"To deal with al-Shabaab, I will ensure that every youth has a source of livelihood be it formal employment in government, private sector or self-employment.

"It is a fact that al-Shabaab excels in a system that is deeply corrupt, incompetent and one which has no hope for justice."

He also thinks Somalia's long coastline should now be a resource for the blue economy, rather than piracy. Since 2011, Somalia's piracy cases have dropped significantly from hundreds in 2010 to near-zero this year. Yet the possibility of pirates launching attacks remains as more youths look for a quick buck from areas that may be criminal.

Somalia and Kenya are currently fighting at the International Court of Justice over a maritime boundary. Warsame says he would let the court decide on a solution. But he thinks the case has taken on political dimensions and has been used to whip the emotions of Somalia ahead of the elections.

"I am one man who believes and respects the rule of law. Let the ICJ determine the dispute."

Somali Opposition Wants Complete Overhaul of Electoral Committee
Tagged:
Copyright © 2020 The Nation. All rights reserved. Distributed by AllAfrica Global Media (allAfrica.com). To contact the copyright holder directly for corrections — or for permission to republish or make other authorized use of this material, click here.