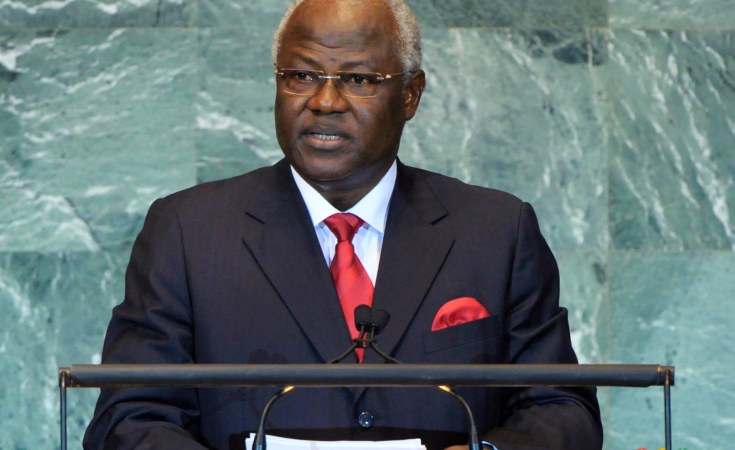 Former Sierra Leone President Ernest Bai Koroma failed to show up for the third time on Thursday to honour an invite by the country's anti-graft agency.

Koroma is under investigation for alleged corruption during his 10-year (2007 to 2018) reign.

The Anti-Corruption Commission (ACC) was expecting him at its headquarters in Freetown as per agreement with his lawyers. But officials were disappointed that he didn't show up.

Koroma's lawyers said he was concerned about his security and safety and that he wanted to get that cleared before departing his northern home town of Makeni, where he has been based since he retired in 2018.

Koroma, alongside over 100 former officials who served in his administration, is being investigation over allegations of corruption including money laundry and unexplained wealth. His suspected offences also include a relationship with a Chinese firm which constructed one of his houses which have been earmarked for confiscation.

The allegations are contained in a report by a Commission of Inquiry set up by President Julius Maada Bio when he took over in 2018.

Koroma and his main opposition All People's Congress (APC) have dismissed the allegations as a ploy to tarnish his image for political reasons.

Thursday's incident was the third failed attempt to get him appear before the ACC for questioning.

The last attempt was back in October, when his supporters in Makeni prevented ACC agents from accessing him.

That encounter heightened an already tense political atmosphere in the country.

In the run-up to Thursday, the government issued a public statement warning drastic action against anyone involving in any act that could prevent the law enforcement agents from carrying out their work.

One of Koroma's lawyers was quoted saying that they had seen a buildup of events on social media suggesting a possible protest, hence his decision not to show up.

Former Justice Minister under Koroma, Joseph Fitzgerald Kamara, who currently serves as his lead attorney, told reporters that the former president wanted to come but he couldn't take responsibility for what happens without proper security been put in place by the authorities who had sent him a letter warning him that he could be held responsible should anything go wrong.

"Even the convoy driving him from Makeni to Freetown he cannot account for what could happen along the way," Kamara said, adding: "If they can give assurance of security he will be here."

But the ACC isn't taking the excuse.

Its head, Francis Ben Kaifala, was quoted saying that they were considering their next step, which could include issuing of a warrant of arrest for the former president.