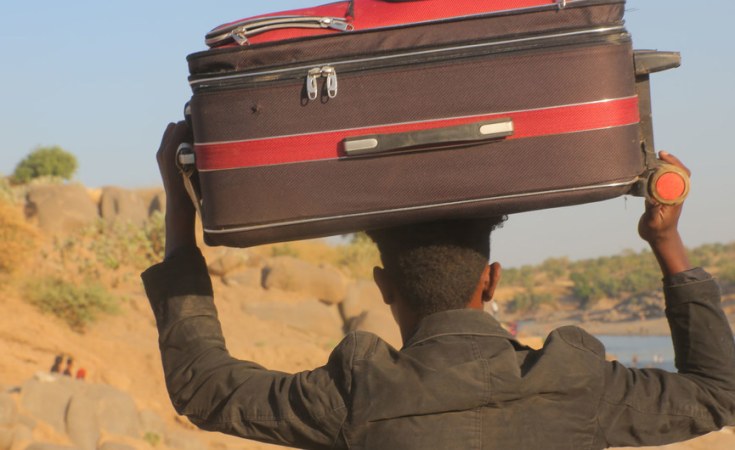 Hazim Elhag/UNHCR
Insecurity in the Tigray region of Ethiopia is driving people into Hamdayet in Sudan.
The Nation (Nairobi)
By Aggrey Mutambo

Ethiopia on Saturday rejected a mediation offer from the African Union, with officials in Addis Ababa falling short of calling the office of the continental body's chairperson a purveyor of false news.

"PM Abiy Ahmed will be meeting the chairperson's special envoys to speak with them one on one," said a statement posted on the Prime Minister's official Twitter page on Saturday.

"News circulating that the envoys will be traveling to Ethiopia to mediate between the federal government and TPLF's criminal element is fake."

On Friday, President Ramaphosa appointed a team of 'Distinguished States Persons' to help end the conflict that has raged for the last two weeks as Ethiopian forces battle the Tigray People's Liberation Front.

A statement from the chairperson's office on Friday night indicated that the three leaders would try to have the TPLF and the government of Prime Minister Abiy Ahmed discuss the issues, rather than fight, as part of AU's own initiative to 'silence the guns.'

"The envoys will travel to Ethiopia with a view to helping mediate between the parties to the conflict.

"The primary task of the special envoys is to engage all sides with a view to ending hostilities, creating conditions for an inclusive national dialogue to resolve all issues that led to the conflict, and restoring peace and stability in Ethiopia."

But this offer was counter to what the Ethiopians have sought all week: a continental approval to crush the TPLF whom they accuse of violating constitutional order.

President Ramaphosa announced the move after meeting with Ethiopian President Sahle-Work Zewde, who toured Pretoria as premier Abiy's Special envoy on Friday. Her message was to deliver an update on the operation in Tigray, she said.

"The federal government is engaged in a law and order enforcement operation and the perpetrators of these atrocities will be brought to justice. We understand the concern of our friends and partners, especially the AU, because Ethiopia is their home," she said on Saturday.

"I took note of the President's decision to send Special Envoys to meet our authorities. I also thanked the President for facilitating the AU led negotiations on the GERD (Grand Ethiopian Renaissance Dam)."

The move for mediation came after Ethiopia sent envoys to countries in the region, asking for support against the TPLF.

While all the leaders said the matter was largely an internal affair, they called for peaceful resolution to the conflict.