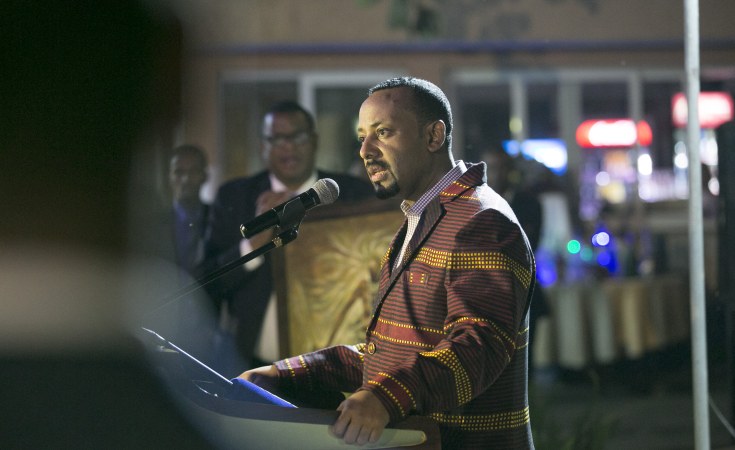 The simmering Tigray conflict in Ethiopia is weighing heavily on Sudan as the growing humanitarian crisis impacts the fragile transitional government.

Last week, officials in Khartoum, were, at least in public, joining calls for a peaceful resolution of the conflict, but considered the matter an internal issue that should be dealt with by the administration in Addis Ababa.

After recently meeting with Gedu Andargachew, a former Foreign Minister, now Prime Minister Abiy Ahmed's Advisor on National Security, Lt- Gen Abdul Fattah al-Burhan and Prime Minister Abdalla Hamdok both stressed the importance of regional security and the need to stop the conflict in Ethiopia as soon as possible and return to peaceful negotiation.

PM Abiy launched a military crackdown on the Tigray People's Liberation Front on November 4 to end their impunity, after the group reportedly ambushed a military camp in Tigray region.

The Sudanese Defence and Security Council called on all parties in Ethiopia to act with wisdom, show restraint and turn to a peaceful solution.

Sudan's Defence Minister, Maj-Gen Yassin Ibrahim, said that "Sudan will continue its efforts to invite the (Ethiopian) parties to agree through negotiations."

However, analysts in Khartoum argue that negotiations many not be an option given PM Abiy's wish to continue with a military operation.

Ahmed Abdel Ghani, a political analyst of the Horn of Africa based in Khartoum told The EastAfrican that "this kind of conflict does not get solved through the gun, but rather through dialogue and compromise. But, trying to address them within political frameworks and negotiations, is not be available at the moment."

"Sudan will have to take all measures not to get caught up in this conflict, especially since such conflicts could make neighbouring countries a springboard for hostilities on either side," Mr Ghani said.

Sudan, which was by Friday hosting about 40,000 Ethiopian refugees fleeing Tigray, is just recovering from its own disasters including floods in September where more than 150 people were killed and thousands of people displaced.

Could Sudan choose a military option for itself?

Abdul Rahman Arbab, a retired military officer in Khartoum argued for joint forces at the border and urgent demarcation of the boundary.

"The Sudanese army will not intervene unless the Ethiopian army comes here in its pursuit of the rebels inside the Sudanese territory and will not allow the transfer of fighting into Sudan," he told The EastAfrican on Thursday.

"The Sudanese army and government supports negotiations. Any fighting on the borders destabilises security," he added.

The retired Maj-Gen argued that Sudan's experience will enable it to remain neutral, support the sitting government as others in the region have and encourage dialogue.

"I expect that Sudan will play a major role in stopping the fighting and will return the favour to PM Abiy because he ended disagreements at the beginning of The revolution and thus Sudan will do its best to end the fighting in Ethiopia through negotiations."

Another Sudanese security official who can't be named as he has worked for the government as a consultant, said there are greater risks for Sudan not to support PM Abiy's onslaught.

"Any Sudanese position in support of the TPLF will turn the current civil war into a long-term conflict, and the cost on Khartoum's relations with Addis Ababa and Asmara could be too high," he warned on Thursday.

"Instructions to Sudanese officials at the present time have focused on not alienating either Addis Ababa or Asmara, a message given to the Sudanese Armed Forces deployed on the border with Ethiopia."

Sudan's own transitional authority, created in the aftermath of the ouster of former president Omar al-Bashir last year, has been punctuated by sharp differences between political forces and a restive public due to a continued shortage of basic consumer goods.

The Khartoum government has many justifiable concerns including a possible rise in arms smuggling should the conflict continue, especially near the triangular border region between Sudan, Ethiopia and Eritrea.

Meanwhile, the UNHCR warned of the consequences of the growing humanitarian crisis in the region, resulting from the ongoing fighting between the Ethiopian federal government and TPLF.

Tigray 'Junta' Plotted My Assassination, Says Ethiopia PM Abiy
Tagged:
Copyright © 2020 The East African. All rights reserved. Distributed by AllAfrica Global Media (allAfrica.com). To contact the copyright holder directly for corrections — or for permission to republish or make other authorized use of this material, click here.