Zimbabwe: 'All That Glitters is Not Gold - Turmoil in Zimbabwe's Mining Sector' - Summary 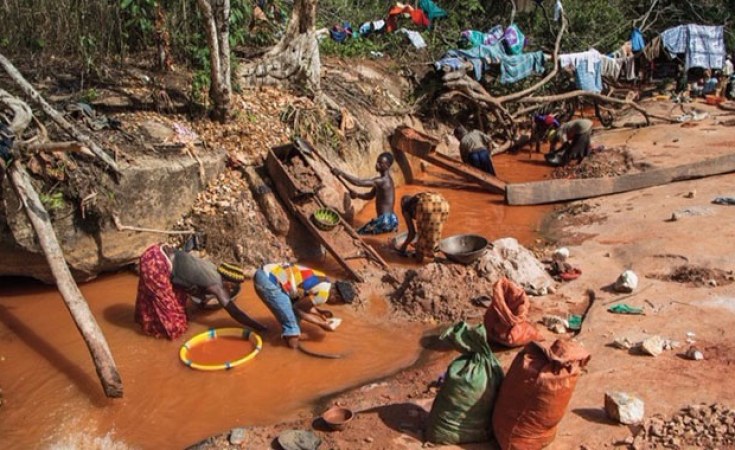 Harare/Nairobi/Brussels — The executive summary of the ICG's new report, "All That Glitters is Not Gold - Turmoil in Zimbabwe's Mining Sector":

What's new? Zimbabwe has seen a surge of attacks by gangs associated with the burgeoning artisanal mining sector, taking hundreds of miners' lives. The police operation to counter this violence led to the arrest of thousands, including perpetrators of violence, but also many who were simply mining without a licence.

Why does it matter? Instability in the gold sector, driven by Zimbabwe's patronage economy, has eroded the gold export revenue that President Emmerson Mnangagwa's government urgently needs to keep the country's struggling economy afloat.

What should be done? Mnangagwa's government should give artisanal mining cooperatives legal standing, pay gold producers at world prices and strengthen mining dispute resolution. Mining companies should cooperate with artisanal miners, whose representative bodies should professionalise. Multilateral organisations and South Africa should include metrics on mining when assessing Zimbabwe's reform.

Violence has spiked in Zimbabwe's gold mining sector, costing hundreds of people their lives and triggering a police operation that led to the arrest of thousands. Media and government blame artisanal miners, who dig using little mechanisation and often without licences but are the country's main gold producers. Yet the bloodshed is better seen as a symptom of Zimbabwe's flawed centralised gold buying scheme, patronage-based economy and obsolete legal and regulatory system.

To avert further turmoil, President Emmerson Mnangagwa's government should give artisanal mining cooperatives legal standing, pay gold producers at world prices, improve mining dispute resolution and bolster law enforcement. Parliament should resume its investigation into gold-sector violence, which it halted due to COVID-19, and widen the focus to include possibly complicit politicians. Mining companies should explore further cooperation with artisanal miners. Multilateral bodies and South Africa should include assessment of the mining sector in their appraisals of Zimbabwean reform.

Development of the gold sector is crucial if Mnangagwa's government is to salvage prospects for Zimbabwe's economic recovery from decades of stagnation under the late President Robert Mugabe. Gold is Zimbabwe's largest foreign exchange earner and the country is desperately short on hard currency. It is also Zimbabwe's only major export commodity that has not dropped radically in price during the worldwide pandemic.

The gold sector is compromised on several fronts, however. First, Zimbabwe's centralised gold buying scheme underpays producers, a practice that encourages smuggling and erodes industrial mining profits, leading companies to close mines. Idle industrial mines become targets for intrusion by artisanal miners. Secondly, such encroachment by artisanal miners, at times with the connivance of actors linked to the ruling Zimbabwe African National Union-Patriotic Front, feeds an elaborate patronage economy, found in many African resource-rich countries, which can give politicians an incentive to protect the status quo. Thirdly, Zimbabwe's legal system is unpredictable: artisanal miners have no collective rights under the law and in case of disputes authorities often apply the law unevenly, failing to hold politically connected parties to account and playing havoc with mining companies. Gang violence flourishes around gold mining sites where the rule of law is weak. Disputes about mining site ownership are frequent, and police often do not act against intrusions upon mining sites or mining-related violence, particularly when gangs or artisanal miners are politically connected.

The security forces recently have mounted major operations to stop killings, but in making arrests they often make no distinction between gang members and non-violent artisanal miners. Their sweeps have likely deprived thousands of miners of their livelihoods without making the sector appreciably safer.

A comparison of three mining sites reveals that political interests often drive violence. Although industrial mining companies and artisanal miners typically attempt to exploit such interests to outmanoeuvre one another, they also show a surprising willingness to work together. At mines where dispute resolution is more predictable, where artisanal miners are better organised and where financial trouble did not force industrial mines to close, peaceful cooperation occurs.

The Mnangagwa government can take a number of steps to tamp down violence in gold mining areas. It should revise the country's Mines and Minerals Act to give artisanal mining cooperatives legal standing, and adequately fund the ministry of mines unit responsible for the artisanal mining sector. It should work with the Reserve Bank of Zimbabwe to pay gold miners in U.S. dollars at a rate based on world gold prices. It should also try out alternative forms of mining dispute resolution, backed up by reliable police enforcement, and complete the digital cadastre system that demarcates mining claims.

Other actors in Zimbabwe can help. Parliament should resume its enquiry into gold-related violence, suspended due to COVID-19, when it is safe to do so, making sure to look into the role of politicians connected to the ruling party. Mining companies should recognise that their mining operations will almost inevitably stir up tensions with artisanal miners. Rather than playing into Zimbabwe's patronage system, which ultimately benefits neither party, mining companies ought to cooperate with and support artisanal miners' associations, including by granting them mining rights and providing training and resources. Furthermore, companies, as assembled in the Zimbabwe Chamber of Mines, should push the government to give artisanal mining cooperatives legal standing.

This measure would help mining companies avoid costly production interruptions, allow them to exploit minerals that are prohibitively expensive to extract by industrial means, and bring companies in line with industry best practices as set out by the Organisation for Economic Co-operation and Development and exemplified by cooperation in other countries.

Influential external actors, particularly the African Peer Review Mechanism (APRM), a continental body that assesses African governments' performance, the International Monetary Fund (IMF) and South Africa, should similarly press the Zimbabwe government to take action. Zimbabwe has recently acceded to the APRM and both parties will negotiate about which sectors to prioritise for a governance quality review. The APRM should push for mining to be one of these sectors, and designate improvements in mining dispute resolution, particularly establishment of a digital cadastre system, reduction of violence and regularisation of gold exports, as benchmarks for Zimbabwe's good governance. The IMF's voice is also important: its assessments of the country's governance can help determine the country's eligibility for financial assistance and debt relief.

South Africa, which remains a primary potential source of investment capital in the mining sector and stands to lose from continuing economic crises in Zimbabwe, should similarly push for mining sector reforms.

Absent such steps, further cycles of violence in Zimbabwe's gold mining areas are likely, as is further damage to individual livelihoods and Zimbabwe's struggling economy.

How to Fix the Turmoil in Gold Mining Sector - Report

Next Story
Tagged:
Copyright © 2020 International Crisis Group. All rights reserved. Distributed by AllAfrica Global Media (allAfrica.com). To contact the copyright holder directly for corrections — or for permission to republish or make other authorized use of this material, click here.