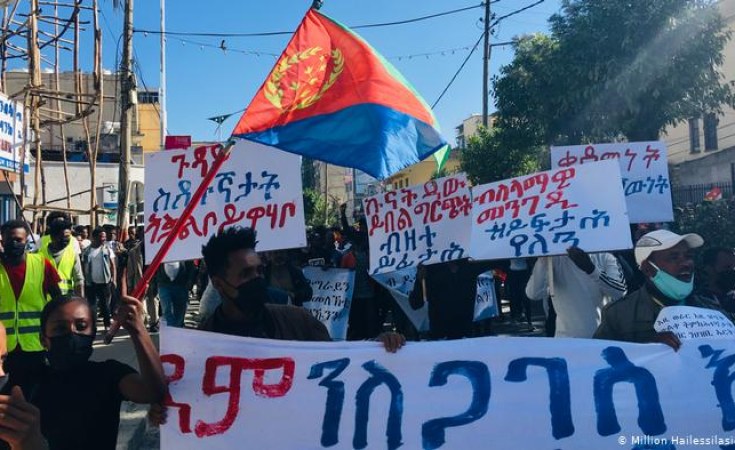 Geneva — Analysts fear the conflict in Tigray could fuel violence in other parts of the country.

The conflict in Ethiopia's Tigray region has cost hundreds of lives and sent tens of thousands of people fleeing to Sudan over the past three weeks. But the region is just one of several in the country experiencing violent unrest amid a fraught political transition.

Some analysts fear the conflict in Tigray - which pits the northern region's heavily armed leadership against the authority and forces of the central government - could fuel conflict in other parts of the country, which is divided into 10 ethnically-based regions. Armed violence may increase due to opportunism or a heightened sense of grievance.

Pockets of conflict in Ethiopia are typically driven by identity and ethnic politics, and competition over land and natural resources. In a significant proportion of cases, as reported by media, human rights groups, and the UN, clashes also occur on the borders between different regions and communities, especially when control over territory is transferred from one authority to another.

Unlike the battles in Tigray, most incidents of non-governmental violence involve loosely-defined militia, according to records maintained by the Armed Conflict Location & Event Data Project (ACLED), a conflict monitoring group, while a minority of cases are attributed to organised armed groups.

The loosening of political controls under Nobel Peace Prize-winning Prime Minister Abiy Ahmed has seen violence increase across the country as different ethnic groups and regions push for increased power and autonomy.

Humanitarian needs have followed: About 1.2 million people are already estimated to be living displaced from their homes by conflict - a figure sure to rise once humanitarian agencies are able to properly assess the situation in Tigray.

With attention currently focused on the northern region, here is a non-exhaustive list of some of Ethiopia's other flashpoints.

Armed men killed at least 34 people travelling on a passenger bus on 14 November, according to the Ethiopian Human Rights Commission - the latest in a series of deadly attacks in the northwestern province. The identity of the attackers is often unclear, though some blame ethnic Gumuz militiamen for targeting members of other ethnic groups, in particular the Amhara. In October, Abiy said fighters from the region were receiving training and shelter in Sudan. Benishangul-Gumuz is home to the Grand Ethiopian Renaissance Dam, a massive hydroelectric dam on the Blue Nile that has caused tensions with downstream Nile users, Egypt and Sudan.

At least 54 civilians were killed on 1 November in Guliso, West Wollega, by suspected members of the Oromo Liberation Army (OLA), a rebel group that operates in western and southern Oromia. The killings targeted members of the Amhara ethnic group, according to Amnesty international, and took place after Ethiopian troops abruptly left the area. The OLA is a breakaway faction of the Oromo Liberation Front, a once-banned separatist group that returned to Ethiopia from exile in 2018 with Abiy's blessing. Government forces have been accused of extra-judicial killings and arbitrary detention of civilians during military operations against the OLA.

Friction along the border between the Afar and Somali regions has flared into sporadic conflict and displaced over 125,000 people over the last two years. The disputed area straddles trade and transport corridors with the neighbouring port state of Djibouti and access to the Awash river. According to the government, about 50,000 people have been displaced on the Afar side, and 78,000 on the Somali side. A UN report in January 2020 said the humanitarian situation in the Siti zone on the Somali side was "dire", and access for aid to get in was very restricted under the oversight of a heavy military presence. In late October 2020, dozens were reportedly killed in clashes in the area. Conflict monitoring group ACLED records the current phase of sporadic violence as starting after serious clashes between armed Afar and Somali gunmen in December 2018 that killed dozens. A 2014 agreement to grant special status to three administrative areas along the regional border did not end the tension.

One of the largest concentrations of displaced people due to conflict in Ethiopia is in Fafan, part of the Somali region bordering Oromia region. According to the UN's migration agency, over 160,000 people were living in 34 displacement sites in mid-2020. Violence flared in August 2018, with Somalis targeting "highlanders" in the regional hub of Jijiga at a period of high political tension involving the former president of the region, Abdi Illey. Another long-running source of friction and sporadic violence nearby involves rivalry and disputes between the Jarso and Gerri communities.

The southern border between Oromia and the Somali region is also a flashpoint for communal tensions and competition for access to land and natural resources. Conflict in the Borena and Dawa areas of southern Ethiopia had left 350,000 people displaced by mid-2020, according to the UN's migration agency, IOM. In December 2018, 21 people were killed in one of many outbreaks of conflict in the border town of Moyale, particularly between ethnic Borana - related to the Oromo group - and the Somali Garre clan. Residents have in the past fled to Kenya and Kenyan security forces have occasionally become involved, making it a point of international concern.

The border between Tigray and Amhara has been a long-running dispute since its redrawing in 1991, which enlarged the Tigray boundary. Sporadic skirmishes have been reported in recent years, especially in the western part of the border area. Intercommunal violence has also broken out in Amhara between ethnic Amhara and Qemant groups, following administrative changes in 2017 giving greater autonomy to the Qemant in areas populated by both. The situation displaced over 50,000 people from September 2018 to March 2019, according to the UN's emergency aid coordination agency, OCHA. Amhara region officials claim the TPLF is backing the Qemant as part of the broader territorial dispute. Amhara militias are now supporting the federal government's offensive in Tigray.

Intercommunal violence along the border of Gedeo, in the Southern Nations, Nationalities, and Peoples' Region Region (SNNPR), and West Guji, in Oromia region, displaced hundreds of thousands of people in 2018. Ethnic Gedeos were accused by their Oromo neighbours of trying to annex land and resources. The government limited humanitarian access to displaced people as part of a controversial effort to encourage the displaced to return home, which most eventually did. Local peace committees were set up across the area to facilitate dialogue between the two ethnic groups - who had lived together for decades - but tensions over land still linger.

Between 18 and 21 October, an unidentified armed group attacked civilians in the Bench zone of the Southern Nations, Nationalities, and Peoples' Region (SNNPR). Reports say 31 people were killed, although police figures differed. The area is in the deep southwest of the country, about 75 kilometres from the South Sudan border. The incident, which included the burning of homesteads and food stores, happened in a location called Gura Farda. Some local media reports say the victims were ethnic Amhara. The area includes a mix of ethnicities, and a restructuring to form a new administrative grouping is currently being considered.

Security forces killed at least 17 people in Wolaita zone on 10 August, after protests erupted following the arrest of local politicians seeking to form an autonomous region for the Wolaita ethnic group. The zone is currently situated within the SNNPR. Wolaita officials are hoping to follow the lead of the Sidama - the largest ethnic group in the region - who voted to form their own self-governing territory in November 2019.