Uganda: Opinion - Ugandans Are Tired of Museveni but Can't Vote Him Out 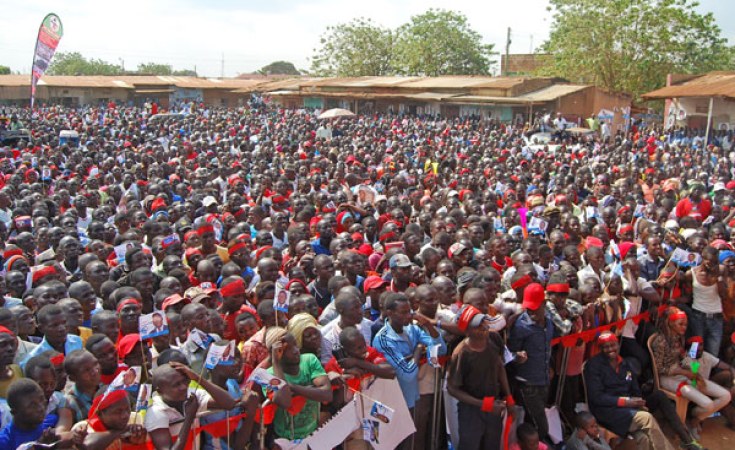 The latest protests in Uganda are an indication that people are sick and tired of President Yoweri Museveni's insatiable appetite for power. But the ex-guerilla fighter is not going anywhere, writes DW's Daniel Gakuba.

As the grieving families were still burying their loved ones who were gunned down in the streets of Kampala, 76-year-old President Yoweri Museveni -- a former guerilla commander -- running for the sixth term, had no calming words to unite his nation.

According to the official report by the Uganda police pathologist, up to now, at least 50 people are reported to have died in last week's widespread chaos that followed the arrest of Robert Kyagulanyi, a former musician turned politician, famously known by his stage name Bobi Wine. Other sources say the number of casualties could be higher.

Many of the victims were killed by live bullets from uniformed and plain cloth soldiers and police. Bobi Wine supporters took this as a strategy used by the ruling party to intimidate and squash their growing dissent movement.

Kyagulanyi, a presidential candidate for the January 14, 2021 elections, on the ticket of his NUP (National Unity Platform) party, was detained for two days by police while on the campaign trail in the eastern part of Uganda. Authorities accused him of breaching COVID-19 preventive guidelines.

The anger that engulfed the nation after his detention, which was not restricted to the capital city, Kampala, a traditional opposition hotspot, should serve as a caution to Museveni and his supporters that, in the long run, people grow so used to the brutal, coercive tactics deployed by authoritarian regimes that they no longer fear them and will stand up.

Museveni comes out with 'all guns blazing'

President Museveni could have demonstrated some decency by coming out and condemning the excessive use of force and consoling the bereaved families, as is expected of any democratic leader. Instead, his guerilla fighter's instinct may have told him that showing compassion would be taken for weakness. So, he doubled down on the approach that has served him so well -- the threat of using more violence.

In a ranting spell during his campaign in the aftermath of the deadly crackdown, Museveni threatened to crush those whom he accused of attacking sympathizers of his party, and who used abusive language against him, warning that they have ventured into an area of his expertise -- fighting.

His reaction once again proves what he said on record during one of the retreats for his ruling NRM (National Resistance Movement) party. He is nobody's servant, but rather, a revolutionary leader who fights for himself and his beliefs.

When he captured power on January 29, 1986, by use of the gun, Museveni famously wrote that "the problem of Africa in general and Uganda, in particular, is not the people, but leaders who want to overstay in power." Thirty-four years later, he is using the same weapon to silence the young generation, most of whom have lived their entire life under his rule, whose main crime is to demand change through the ballot.

While it is true that some criminal gangs took advantage of the chaotic situation to loot and attack civilians and security personnel alike, which should be equally condemned, most of the protests were staged spontaneously and sporadically, out of frustrations caused by the selective use of law enforcement tools to target their preferred candidate.

The inability of Uganda security institutions to contain small-scale public dissension manifests their lack of professionalism. Harassing the opposition candidates under the pretense of enforcing COVID-19 prevention guidelines, at the same time, turning a blind eye to similar activities by the ruling party candidates, lay bare the fact that the coming elections are already compromised.

And that does not come as a surprise to the long time observers of Uganda's politics under Museveni, who during his more than three decades of rule has twice changed the constitution, first in 2005 to remove the presidential term limits, and later in 2017, to abolish the age limit which barred people over 75 years old from running for president.

It is in line with the vow that Museveni made back in 2001 while referring to the acquisition of power through the barrel of a gun -- he compared himself to a cotter pin in a bicycle crank, which is inserted by hammer and can only be driven out by the same means. Contemplating removing him through the ballot is a waste of time, at least for now.