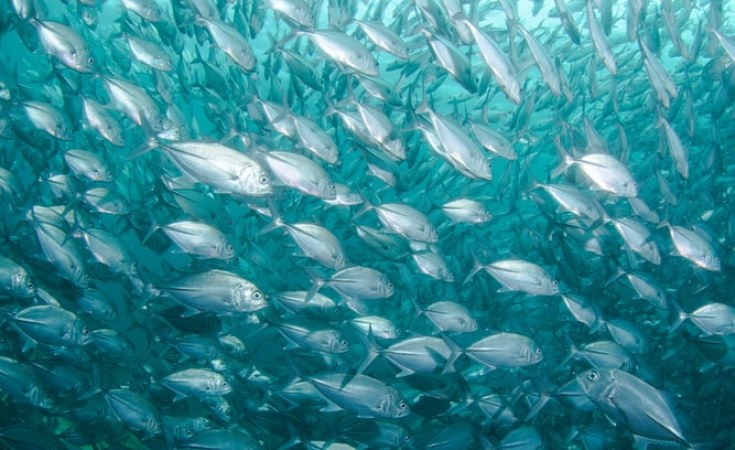 A thriving trade in fish swim bladder is threatening the existence of the Nile Perch (mbuta) in Lake Victoria.

Traders along the shores of the lake are cashing in on the sale of the bladder, or maw, whose high demand is causing worries among stakeholders in the fishing industry.

The increasing demand for the product, known as mondo in the local language, has left officials in Homa Bay County scratching their heads on how to deal with the lucrative trade that is threatening Kenya's food security. Mbuta was introduced in the lake in the 1950s.

Homa Bay Agriculture and Fisheries Executive Aguko Juma is concerned that the increased demand for fish maw in the international market is encouraging overfishing in the lake.

"Everyone is worried about the rate at which fishermen are capturing the Nile Perch. They are targeting breeding fish that have larger maws which fetch a lot of money. This is dangerous because it depletes fish population and is also against fisheries laws," Mr Aguko says.

Fish maw has various uses, including manufacture of surgical sutures used for sewing wounds after surgery.

Traders in the business say it is also a delicacy in China.

So, why does the trade attract a lot of people and why does it threaten the existence of a fish species that has caused a boom in the fishing industry and promotes balance in marine life?

Traders buying the bladders from fishmongers in Homa Bay say the trade is lucrative.

A kilogramme of mondo is sold at a minimum of Sh20,000. Dealers normally arrive at the beach in Homa Bay town very early in the morning ready to be received by fishmongers.

The fishmongers obtain maws from fish delivered directly to them by boats from waters within Homa Bay County.

Others buy fish from Sori town, which is one of the major producers of fish in Lake Victoria. The fish is delivered in cars before sunrise.

It is normally a chaotic environment as fish maw buyers compete for space with customers who want to buy fish for consumption.

There is usually pandemonium as the fishmongers and buyers haggle over prices of mondo.

At times, the commotion gets nasty as fishmongers, wielding sharp knives used to cut open the flesh, and the prospective buyers engage in arguments over the pricing of fish bladders.

The high demand for fish bladders has turned the beaches into a beehive of activity as traders and fishmongers cash in on the sale of the maws.

In the past, fishmongers would throw away the bladder, to be eaten by scavenging birds along the shore.

It was seen as a waste product from the Nile Perch and the fish traders would discard it just like the fish scales.

However, all this changed after a group of Chinese nationals started buying the bladders.

When buying Nile Perch, a customer will think they were getting after-sale services. Using a sharp knife, the fish sellers carefully remove all the scales from the fish. They also remove all the intestines.

But a keen customer will notice that a white oval-shaped body part would be cut and kept in containers underneath the stalls. The containers have maws that are ready to be sold.

Pier Beach Management Unit chairman Collins Omondi says some fishmongers who discovered the benefit in the business have moved from selling fish to trading in the bladders.

The new business is taking over almost all beaches along Lake Victoria in Homa Bay, Siaya, Migori, Busia and Kisumu by storm.

"I do not know much about how it is used. What I know is that it is sold in foreign countries. Buyers put the maws in coolers before they take them away," Mr Omondi says.

Mr Vincent Ondeyo, a fish trader in Homa Bay town, says there is always a market for fish maws.

"I no longer buy fish in small quantities because the more the maws I sell, the more profit I get," he says.

The lucrative business has seen the establishment of firms that deal in the sale of fish maws in Mbita town.

Hundreds of traders who have ventured into the business are, however, worried about their future. The trade is dominated by foreigners who include Chinese and Ugandans.

Group Chairman Joseph Abungu says locals dominated the trade in the past. They acted as middlemen. They would buy fish maws from fishermen and sell them to foreigners.

Today, the foreigners are getting their supply directly from the lake, putting the economic lives of locals in a limbo.

"We will soon be eliminated from the business because of unhealthy competition," Mr Abungu says.

As the competition continues, fishermen have expressed concern over the possibility of losing their source of livelihood if the trade is not controlled.

They are calling on the government to introduce a law to govern the trade.

National Beach Management Unit Chairman Tom Guda says the trade should be regulated as it threatens the existence of mbuta species in Lake Victoria.

He claims there are reports of fishermen discarding fish in the lake after slicing off their bladder. The activity has led to a conflict and insecurity among fishermen.

Lake Victoria has in the past witnessed cases of fishermen being robbed of their catch.

"Some boat owners are complaining that they do not get the same catch they used to get in the past after sending fishermen to the lake. The truth is that fishermen are capturing fish and discarding the flesh in the lake after cutting off the fish bladder. This is dangerous to the environment," Mr Guda warns.

Cases of fishermen discarding fish in the lake have been filed at the Mbita Law Court, according to Homa Bay County fisheries department.

Seems Like There's Something in Lake Victoria Worth Killing for