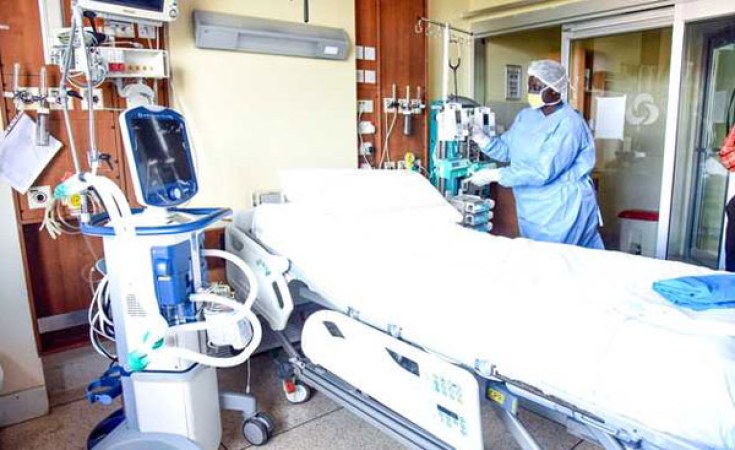 Hopes of averting the looming strike by health workers have been dashed after a meeting convened in Nairobi to address their grievances hit a snag yesterday.

The meeting scheduled between governors, and Health Cabinet Secretary Mutahi Kagwe and his National Treasury counterpart Ukur Yattani started on the wrong footing after Mr Yattani failed to show up.

The Treasury CS was crucial to the talks at Afya House because he was expected to state when funds will be released to regions to fund compensation packages, especially allowances, for front line workers battling Covid-19.

The medics have already issued strike notices, demanding comprehensive medical cover, standard and adequate personal protective equipment and proper compensation as they battle the virus. But the county bosses ended up meeting Mr Kagwe alone, with the Health CS throwing the ball back in the counties' court.

Each county, the meeting resolved, will have to deal with the strikes and address its health workers' grievances.

"You know we are on our own. The situation is very bad but it's a good experience for counties," Council of Governors (CoG) Chairman Wycliffe Oparanya told the Nation after the meeting.

In the meeting, renewal of contracts for the Cuban doctors who were posted to serve in county hospitals was also discussed.

Governors appeared to be having a change of heart over the deal and now say they will decide whether to renew the contracts, which are coming to an end, based on their needs.

"The contracts for the doctors are coming to an end and we have said that renewals will be needs-based because there were some family doctors who were posted to our hospitals but didn't offer much help and ended up being general doctors since we don't have a structure for family doctors," said Mr Oparanya.

After yesterday's talks, the government was expected to outline the measures it has taken to avert a looming health crisis but this did not happen.

"The meeting was not conclusive, the issues discussed were not firmed up. They will be concluded at a later date and a statement issued," said a Health ministry official, adding that the Treasury CS will be invited for another meeting.

This came healthcare workers reiterated their strike threats. Speaking to the Nation, acting Kenya Medical Practitioners, Pharmacists and Dentists Union (KMPDU) Secretary General Chibanzi Mwanchonda, said: "All the 11 issues must be addressed comprehensively, and unless they are, we will go on strike."

Besides welfare, health workers are demanding employment of 2,000 doctors out of employment and review of contract terms of doctors to permanent and pensionable terms.

According to Dr Mwachonda, they need enhancement of existing risk allowance and dedicated facilities for healthcare workers.

If these will not be fulfilled in the next one week, the doctor's union has called for a strike from December 7. On the other hand, Kenya National Union of Nurses (KNUN) last week issued a 14-day nationwide strike notice.

"The government has failed to act on our demands to improve our working conditions and even implement the return to work agreement entered between it and the union of November 2, 2017," said Secretary-General Seth Panyako.

The nurses are demanding for life insurance, comprehensive medical cover and risk allowance among other things.

"In the most inhumane way, National Hospital Insurance Fund has announced that it will not cover health workers for Covid-19 medication and hospitalisation," Mr Panyako added. The nurses are also demanding for the employment of all jobless nurses.

All healthcare professionals want immediate compensation to families of those who have died during the pandemic and inclusion of a health services commission as a constitutional body in the BBI and not a statutory body as proposed.