Cape Town — The international scheme to prevent the sale of diamonds from funding violence and war appears to have become “increasingly dysfunctional and has lost credibility,” says Human Rights Watch.

In its latest report, which assesses how well the international jewellery industry is doing in promoting respect for human rights, the group says the Kimberley Process Certification Scheme uses too a narrow definition of “conflict diamonds”.

The scheme, endorsed by the United Nations, includes governments and involved the mining industry and civil society when it was negotiated. It is named for the South African city most closely associated with diamonds.

The group argues that the process and a second, associated system, have failed to ensure robust adherence to human rights.

“Because of this glaring loophole a diamond certified as compliant under the Kimberley Process may still be tainted by abuse. That has happened in the case of diamonds from Zimbabwe and Angola. These diamonds continue to be KP-certified and reach the global diamond market. “

“In addition, the Kimberley Process applies only to rough diamonds, allowing stones that are fully or partially cut and polished to fall outside the scope of the initiative.” The HRW report added that efforts to broaden the definition of conflict diamonds have been resisted by countries such as Angola and India. 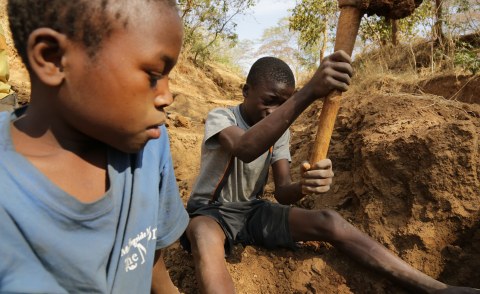 Secrecy Shrouds Chinese Firm's Return to Zimbabwe Diamond Fields
Tagged:
Copyright © 2020 allAfrica.com. All rights reserved. Distributed by AllAfrica Global Media (allAfrica.com). To contact the copyright holder directly for corrections — or for permission to republish or make other authorized use of this material, click here.