Nigeria: 'Made in Lagos' - an Ode to Wizkid's Home City and Maturity 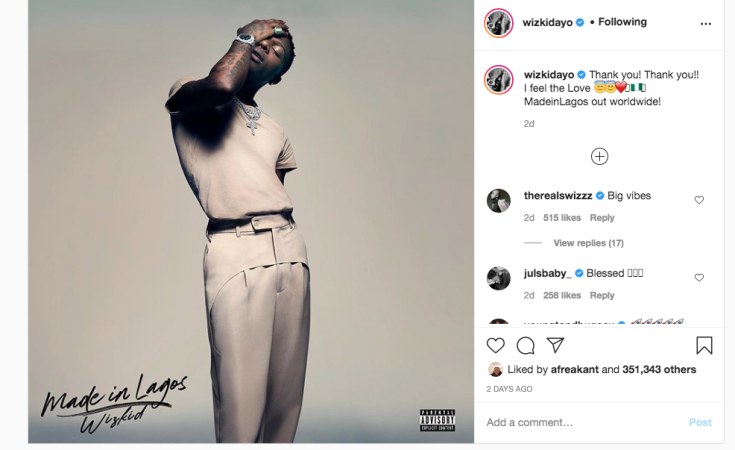 A feel-good album that was worth the wait and ideal for the upcoming summer.

Wizkid's Made in Lagos is the Nigerian singer and songwriter's fourth studio album to come out of his decade-long career. Arguably his most romantic body of work so far, its laid-back soundscape continues his mission to fuse Afrobeat and Caribbean sounds. It also arrives at a time when we can all do with a bit of escape from the heaviness of 2020.

Released on 30 October 2020, the album came two weeks later than anticipated, a delay due to the ongoing protests against police brutality in Nigeria. The artist decided to put the release on hold as he joined fellow marchers in London and spoke out on social media as part of the #EndSARS protests.

The singer's international appeal has been recognised since his career-defining feature on Drake's 2016, 'One Dance', which he also co-wrote and co-produced. By 2017, Wizkid was signed to Sony Music International's RCA records. Made in Lagos is the second album the artist has released under his new record deal, and there is no doubt the pressure is on to satisfy his Nigerian fans, while also appealing to an international audience. The...

Previous Story
Celebrities Who Hogged Headlines in 2020
Next Story

Celebrities Who Hogged Headlines in 2020