Geneva — The arrest of three human rights defenders in Egypt this week is a very worrying development that underscores the extreme vulnerability of civil society activists in the country.

Gasser Abdel Razek, the Executive Director of the Egyptian Initiative for Personal Rights (EIPR), was arrested by security forces yesterday.

Karim Ennarah, EIPR's director of Criminal Justice, was arrested on Wednesday in Dahab, South Sinai, while on vacation.

Their arrests came days after Mohammad Basheer, administrative manager for the same organisation, was arrested at his home in Cairo on Sunday. We understand that Basheer was questioned about the organization's legal support for victims of human rights violations. Basheer and Ennarah have been reportedly detained, pending investigation on terrorism-related charges, publishing false news, and using an internet account to spread false information that undermines public security (under case no. 855/2020).

Since the interrogation reportedly focused on a meeting that EIPR held earlier this month with 13 ambassadors and diplomats, these arrests appear to have been carried out as retaliation against the human rights defenders.

It is not the first time that this organization has been targeted by Egyptian security forces. Last February, EIPR gender rights researcher, Patrick George Zaki, was also arrested and charged with terrorism-related charges. Zaki has been in pre-trial detention since then. We have received allegations that he was tortured during interrogation by the National Security Agency.

The founder of the organization, Hossam Bahgat, has been prevented from leaving Egypt and his assets have been frozen. In parallel, it appears that a smear campaign against the organization has been taking place in the media and the authorities have labelled EIPR as an "illegal organization".

We are worried that these recent arrests and detentions are part of a broader pattern of intimidating organizations defending human rights and of the use of counter-terrorism and national security legislation to silence dissent.

The use of sweeping counter-terrorism laws and vague charges such as "joining a terrorist organization" and "spreading false information" to harass and criminalize the work of human rights defenders is inconsistent with the rule of law and Egypt's obligations under international human rights law.

We are very concerned that the targeting of human rights defenders and other activists, as well as further restrictions on freedom of expression, association and peaceful assembly imposed in the country, are having a profound chilling effect on an already weakened Egyptian civil society.

Our Office is also alarmed about reports of the execution of around 50 people last month, and has received allegations of violations of due process and fair trial rights in some of these cases. We call on the Government to declare a moratorium on the death penalty with a view to abolition, and to take all steps to ensure strict adherence to due process guarantees and all possible safeguards to ensure a fair trial. 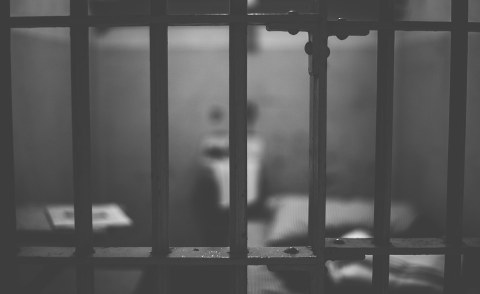 Uproar After Trump Suggests Egypt May 'Blow Up' Nile Dam
Tagged:
Copyright © 2020 United Nations Human Rights. All rights reserved. Distributed by AllAfrica Global Media (allAfrica.com). To contact the copyright holder directly for corrections — or for permission to republish or make other authorized use of this material, click here.