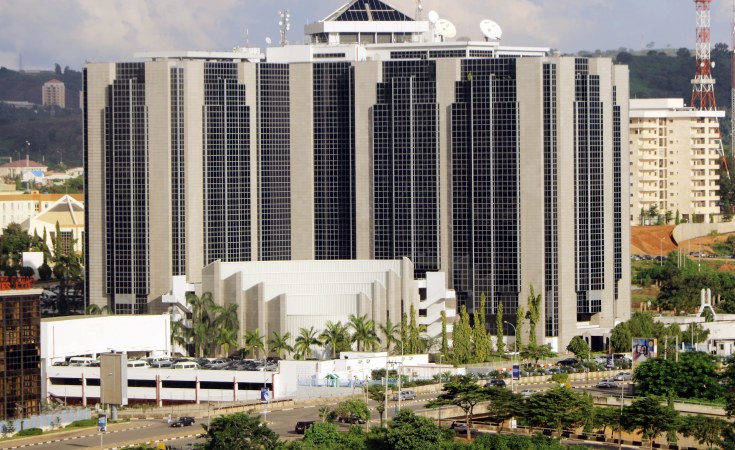 The Monetary Policy Committee (MPC) of the CBN at the end of its two-day meeting on Tuesday decided to leave the rates as they are.

The Central Bank of Nigeria (CBN) says it retained the monetary policy rates because it considers it the best option for reversing the current recession and achieving medium-term macroeconomic stability.

The CBN governor, Godwin Emefiele, gave the explanation on Tuesday at the meeting of the Monetary Policy Committee (MPC) of the apex bank in Abuja.

Analysts had expected that following two significant developments in the economy, the monetary policy authorities would review the rates.

Apart from headline inflation, which rose for the 14th consecutive month (year-on-year) to 14.23 per cent in October from 13.71 per cent in September, the economy on Saturday slipped into its second recession in five years, after contracting for two consecutive quarters.

Instead, the MPC at the end of the two-day meeting on Tuesday left the prevailing parameters unchanged.

At the meeting, Mr Emefiele said the committee considered three options before resolving to leave the lending rate, also known as the monetary policy rate (MPR) at 11.5 per cent, and the asymmetric corridor of +100/-700 basis points around the MPR.

Mr Emefiele said the committee also agreed to maintain the cash reserve ratio (CRR) at 27.5 per cent and the liquidity ratio at 30 per cent.

The MPR is the controlling rate approved by the CBN for commercial banks' lending activities for the period, while the CRR is the minimum deposit a commercial bank must hold as reserves in its account with the CBN.

After the gross domestic product (GDP) contracted for the second consecutive quarter this year from -6.1 per cent to -3.62 per cent, the National Bureau of Statistics (NBS) on Saturday said the economy had slipped into another recession.

With the development, the CBN governor said while the MPC felt government spending and the apex bank's expansionary interventions could support recovery from the recession, it decided that not to loosen the monetary policy rate so as not to trigger inflationary pressures on the economy.

The MPC said reducing the lending rate from the prevailing 11.5 per cent would encourage banks to give out loans, increase cash in circulation and fuel further depreciation of the Naira.

On Monday, the value of the Naira appreciated marginally against the dollar to N386 to $1, and about N483 to $1 in the parallel market.

The CBN governor said the MPC it would allow current monetary policy measures to impact the economy while continuing to observe the trend of developments in the economy.

He said the various interventions of the regulatory authority were yielding results towards engendering growth.

Reviewing the financial system fundamentals, the MPC said aggregate domestic credit grew by 7.61 per cent in October, compared with 7.35 per cent in the previous month, as a result of the CBN's loan-to-deposit Ratio (LDR) policy.

The 65:35 per cent LDR policy introduced in May 2019 requires commercial banks to lend at least 65 per cent of their deposits at the prevailing lending rate.

Supported by the CBN's interventions in various sectors of the economy, the MPC said banks' total gross credit stood at N19.54 trillion as at November 13, compared to N19.33 trillion at the end of August, an increase of N290.13 billion.

When compared with the N15.56 trillion at the commencement of the LDR policy in 2019, the latest figures showed total gross credit to the economy increased by N3.97 trillion.

The MPC expressed concern over the rising inflationary trend but attributed the development to the increase in both food and core inflation, which rose to 17.38 and 11.14 per cent in October from 16.66 and 10.58 per cent in September, respectively.

The MPC blamed the continued rise in food prices and core inflation on insecurity across the country and structural deficiencies in the logistics of moving food items from the farms to the market, including poor road networks and unstable power supply.

Other factors include the coronavirus-induced supply disruptions, recent hikes in the price of petroleum products and electricity tariffs as well as declining crude oil prices at the international market.

However, Mr Emefiele said the latest contraction is not as bad as earlier projected because the monetary and fiscal authorities had taken preemptive measures to cushion the effects of the recession.

Apart from the stimulus packages by the Federal Government under the Economic Sustainability Programme (ESP), he noted that the CBN made targeted interventions to households, small and medium enterprises (SMEs) and youth empowerment to check unemployment.

The MPC urged the apex bank to extend funding to more beneficiaries so as to boost consumer spending and accelerate recovery from recession.

The MPC also urged the apex bank to sustain its stimulus support to the sectors towards full recovery of the economy.

The stimulus package, the MPC said, would involve fiscal measures to reduce unemployment, provide an enabling environment for private sector investment and support the health sector against the coronavirus pandemic.