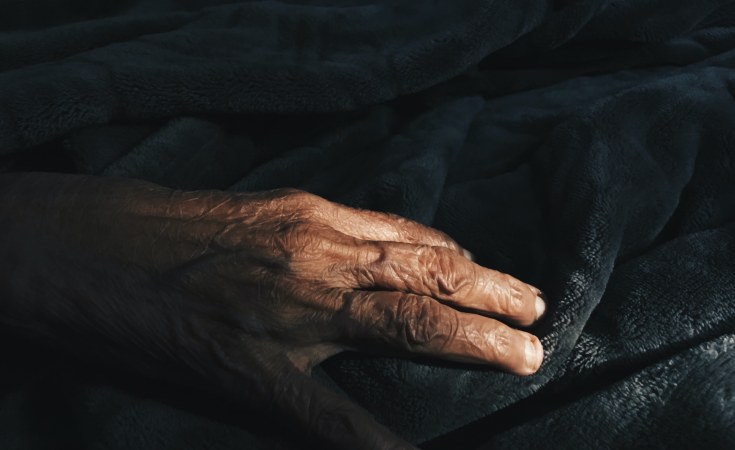 Child's grandmother will share in child's R15-million estate, not his father

The Gauteng High Court has ruled that a grandmother who looked after a child should benefit from the child's estate.

The child, who had cerebral palsy, died at five leaving about R15 million.

The father of the child had not seen him since he was six months old; his mother suffered from depression and his grandmother brought him up.

Judge Jody Kollapen ruled that the mother and the grandmother, not the father, should share the child's estate.

In a ground-breaking judgment on parenthood, the Gauteng High Court has ruled that the grandmother, not the father, of a child should benefit from the estate of a child that she looked after.

The precedent-setting judgment penned by Gauteng High Court Judge Jody Kollapen focuses on the interpretation to be given to the term "parent" in the Intestate Succession Act (ISA). The matter before him was a dispute over who should inherit a substantial estate, about R15 million, of a child who had cerebral palsy and died aged five.

His estate, which comprised a payout from the Department of Health for future care as a result of negligence during his birth, was placed under the control of an executor, appointed by the Master of the High Court a month after he died in April 2018.

Three people laid claim to the estate: the child's biological father, his biological mother, and his maternal grandmother.

Their claims, Judge Kollapen said, triggered an important discussion as to the meaning and context of what is understood by the idea of parenting and parenthood.

"Is the definition of a parent for the purpose of the ISA simply a matter of blood and biology or is its determination a matter which in each case is to be arrived at by a consideration of what parenting, parenthood and being a parent has come to mean in our law, regard being had to the values and objectives of the constitutional dispensation which enjoys supremacy in our legal regime?" he asked.

The facts before the court were that the child's parents never married, nor did they cohabit before or after his birth. His father was not present at his birth, and did not assume any parental responsibilities or contribute in any manner to raising him. The father last saw the child when he was six months old.

The child lived with his mother and grandmother. His mother suffered from depression and was unable to take proper care of him. She would disappear for days. She was unemployed and relied on her own mother financially.

The grandmother stepped up, giving up her job as a hairdresser and became his full-time caregiver.

Shortly before the child died, a protracted legal battle was finalised in the Gauteng High Court, in which she and the mom were granted parental responsibilities and rights and the father's rights were terminated. In that application, the granny detailed how needy the child was: explaining that he could not sit, could not feed himself, had impaired vision, and was in constant need of care, love and attention.

The father argued that the intestate inheritance in South Africa was "blind to the worthiness of individual heirs" and revolved around the issue of "blood" and "biology".

But Judge Kollapen said while the Act referred to parents in a wide sense, it was open to interpretation.

He said the bar was low for biological fathers to acquire parental rights and responsibilities "including contributing in good faith to the child's upbringing" , but the father had elected not to have anything to do with the child because of his disability.

"Without wishing to make a moral judgment on his conduct, it is so that it stands in stark contrast to all the Constitution and the Children's Act seek to advance in how children in general and children with disabilities in particular are to be treated in our society," the judge said.

"To this extent, and on the facts of the matter, interpreting the Act to mean that reference to a parent is limited to the biological or natural parent is simply untenable, will not make sense, will not accord with the understanding of what a parent is and will lead to absurd results."

With regard to the mother, a family advocate's report, compiled before the child's death, had noted that she intended to do better and this was why she had been granted full parental rights and responsibilities. Judge Kollapen said he could not ignore this.

The grandmother, he said, was entitled to be called a parent "in truth, in reality and in law".

"From time immemorial, grandparents and grandmothers in particular, played a dominant and defining role in the lives of millions of our people.

"While what they did was triggered by an instinctive sense of responsibility and a deep and abiding love for their grandchildren, it was also for a long time located in the political, economical and social destruction that apartheid brought to bear on the lives of black families," he said.

He said the father's conduct was in stark contrast to that of the grandmother who "from his discharge from hospital after birth up to the day of his passing, lovingly provided, supported, cared for and sacrificed so much, she acted in the most unselfish way, to take care of his every need fighting for his dignity and rights".

Judge Kollapen ordered that the mother and grandmother should inherit the estate in equal shares.