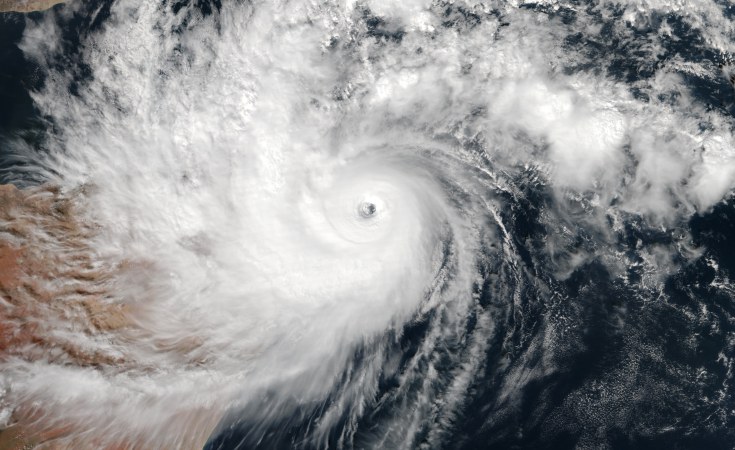 National Aeronautics and Space Administration - EOSDIS Worldview/Wikimedia Commons
A satellite image of Severe Cyclonic Storm Gati on November 22, 2020. At the time this image was captured, Gati had maximum 1-minute sustained wind speeds of 185km/h. The cyclone made landfall in northeastern Somalia on November 22.
Thomson Reuters Foundation (London)
By Mohammed Omer

Garowe — Cyclone Gati, the strongest storm to hit Somalia, has dumped two years' worth of rain in two days

Electronics shop owner Mohamed Nor had a thriving business selling televisions and phones in Somalia's coastal town of Bosaso until three days ago, when the most powerful storm to hit the country hammered his business and left him with nothing.

"I had a booming shop in downtown Bosaso. It has been flooded. I lost my entire property worth over $35,000," Nor, 39, told the Thomson Reuters Foundation by phone.

"I lost my entire life just like that. No one, no government, no charity has reached out to me for help. I'm looking for God to help. I don't know what to do," said the father of four. Cyclone Gati is the strongest storm to hit the Horn of Africa nation since satellite records began - bringing two years of rain in two days and wind speeds of 170 kph (105 mph) to northeastern Somalia's Puntland region on Sunday.

The United Nations said eight people have died and 180,000 people have had their lives disrupted, with more than a dozen towns and villages inundated by flood waters, which have destroyed homes and businesses and submerged crops and pastures.

Impoverished Somalia is one of the countries most vulnerable to climate change but it receives little climate adaptation funding, according to the International Federation of Red Cross and Red Crescent Societies.

The U.N. Office for the Coordination of Humanitarian Affairs (UNOCHA) said on Wednesday Gati had weakened and was expected to dissipate in the coming hours, but had left "a trail of physical and economic damage".

Close to 70,000 people - including fishermen, herders, farmers and traders - will need support to rebuild their livelihoods following the disaster, its latest bulletin said.

Yusuf Abshir, who lives on the outskirts of Bosaso, said more than 70% of his animals drowned in the flood waters.

"We lost our entire source of income for the family because I used to milk them, take the milk to Bosaso, and return later in the day with cash and food stuff like rice, oil, sugar and flour."

Northern Somalia usually gets about 10 cm (4 inches) of rain per year, but satellite images from NASA's Earth Observatory said Gati brought at least that much in two days.

Cyclone Gati: 32,000 Children And Their Families Flee Impact Of Strongest Storm On Record 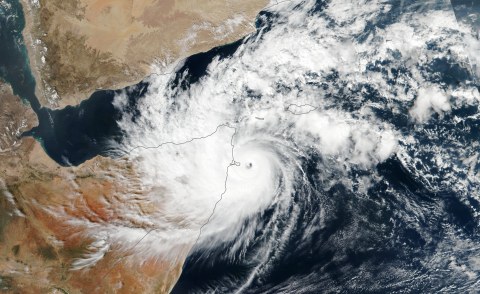 Strongest Storm on Record Brings Death, Displacement to Somalia
Tagged:
Copyright © 2020 Thomson Reuters Foundation. All rights reserved. Distributed by AllAfrica Global Media (allAfrica.com). To contact the copyright holder directly for corrections — or for permission to republish or make other authorized use of this material, click here.