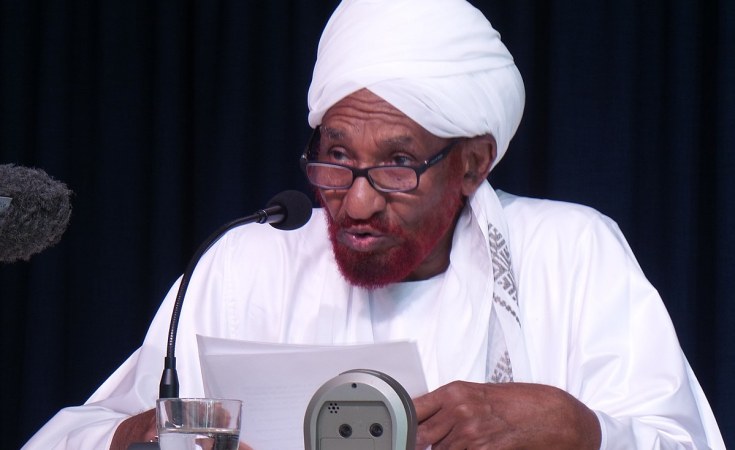 Omdurman — El Sadig El Mahdi, Imam of the followers of the Mahdi and President of the National Umma Party (NUP) yesterday passed away in a hospital in the United Arab Emirates (UAE).

In a short statement on social media late yesterday evening, the party announced his death. He died from complications of COVID-19.

El Sadig El Mahdi was transferred to the UAE on November 2 after he tested positive for COVID-19 the week before.

Born in 1935, he was the great-grandson of Mohamed Ahmed, the Mahdi [the chosen one, the messianic saviour of Islam) who led the Mahdist War in the late 19th century to free Sudan from Anglo-Egyptian rule.

El Sadig El Mahdi was first and for all a politician, who spent most of his political life in the opposition. The NUP leader was prime minister twice, between 1966-1967, and 1986-1989.

A year after Jaafar Nimeiri took power in Sudan, with a coup in May 1969, El Mahdi attempted to oust him with a countercoup. He was later imprisoned twice for a short time before leaving Sudan in 1974. Upon his return in 1977, he started forming opposition against the Nimeiri's ruling party.

On 30 June 1989, his government was overthrown in a military coup led by Brig Omar Al Bashir, after which El Mahdi continued to lead the Umma Party in opposition. He spent a period in exile but eventually returned to Sudan in November 2000.

He ran unsuccessfully for the 2010 general election, pledging not to hand Al Bashir to the International Criminal Court, saying it would destabilise the country.

The NUP leader left Sudan in August 2014 after having been detained for a month. The Sudanese security apparatus accused him undermining the Constitution because he denounced attacks against civilians in Kordofan and Darfur by the paramilitary Rapid Support Forces (RSF) commanded by the apparatus. He remained abroad until January 2017, when he returned to the Sudanese capital.

In April 2018, following El Mahdi's election as chairman of the Sudan Call alliance of opposition parties, rebel groups, and civil society organisations, the Sudanese State Security Prosecution filed a complaint against El Mahdi "for dealing and coordinating with rebel armed movements to overthrow the regime." He left the country, and returned again in December that year, when the first protests erupted that would quickly develop into a nationwide uprising that ousted the 30-year regime of Omar Al Bashir.

Radio Dabanga's editor-in-chief visited him in Omdurman in January this year, and found him in good health and ready to continue his policies.

For years, the NUP advocated a new, democratic government. In December 2014, the party signed the Sudan Call (or Sudan Appeal) in Addis Ababa, with rebel groups, opposition parties, and civil society organisations.

The position of El Mahdi's party towards the power circles in Sudan has not always been clear. He been repeatedly accused of siding with President Al Bashir. In 2008, the NUP signed an agreement with Al Bashir's ruling party, causing many young supporters to leave. After the International Criminal Court issued arrest warrants against Al Bashir in 2009 and 2010, El Mahdi more than once spoke out against the indictments.

During the uprising, the party seems to have lost even more of its influence. Though the NUP signed the Declaration for Freedom and Change on January 1, it has not been an active member of the opposition. Sources say that the isolated position it took to keep its leading role, may have turned against the party itself. 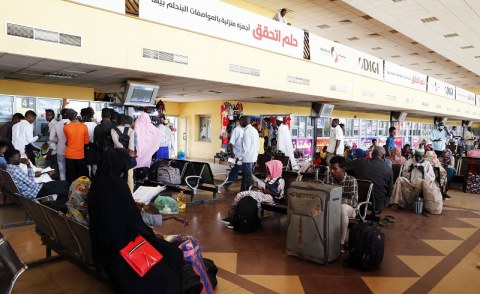 Sudan Reports Highest Covid-19 Infection Rate Since May
Tagged:
Copyright © 2020 Radio Dabanga. All rights reserved. Distributed by AllAfrica Global Media (allAfrica.com). To contact the copyright holder directly for corrections — or for permission to republish or make other authorized use of this material, click here.