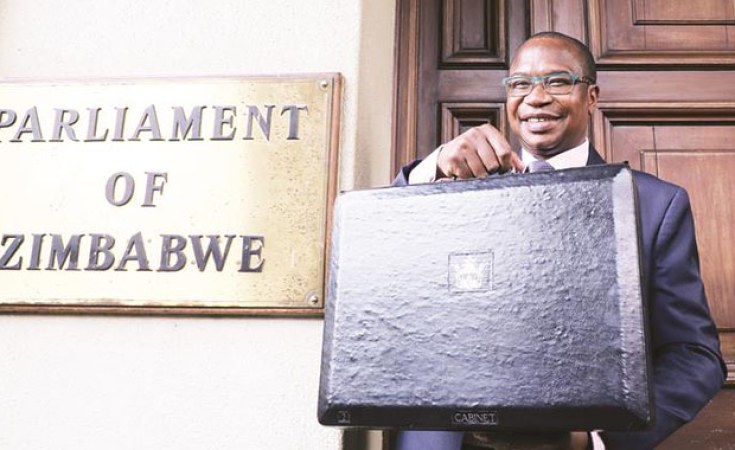 The Herald
(file photo).
The Herald (Harare)
By Tawanda Musarurwa

Boosting production, getting infrastructure fixed and expanded, supporting the vulnerable and increasing the spending power of ordinary people are the main planks of the 2021 National Budget presented by Finance and Economic Development Minister Professor Mthuli Ncube yesterday.

In addition, as the minister stressed, he will be preserving the fiscal stability and other economic gains of the Second Republic with his ambitious spending programme expected to produce a tiny deficit of 1,3 percent of gross domestic product, well below the ultra-prudent 2 percent laid down as the Zimbabwean maximum and well below the 3 percent set by Sadc, which wants all members to be in economic harmony.

The national financial plan for the coming year is built on the gains of the Transitional Stabilisation Programme (TSP) of the last two years and the National Development Strategy 1 (NDS1), that takes Zimbabwe to Vision 2030.

This multi-pronged approach of strategies is designed to see Zimbabwe and Zimbabweans become wealthier, with everyone able to participate and no one, even the most vulnerable, left behind.

The 2021 National Budget comes in the context of a two-year slow-down and Covid-19 induced economic slow-down that will see the local economy sliding by -4,1 percent this year, but the new measures are expected to drive gross domestic product (GDP) growth next year to 7,4 percent.

While the main fiscal measures were ensuring that the productive sectors had the support they require to lead economic expansion, closing tax loopholes that too many had driven through, and upgrading support to those on the bottom on the economic ladder so they could start climbing, the minister found time to cushion workers in the short-to-medium term.

"Government remains committed to improving workers' disposable income as part of the broader agenda to increase aggregate demand and savings. The recent salary and wage adjustments for public and some private sector employees necessitates a corresponding review in the personal income tax framework," said Minister Ncube.

And in an unprecedented move, Government will compensate the most vulnerable at the bottom of the ladder for losses they incurred during the unavoidable currency reform process.

Zimbabwe reverted to the exclusive use of the local currency -- the Zimbabwe dollar -- last June from a multi-currency system that had been adopted in 2009.

Minister Ncube yesterday said small and vulnerable households with deposits less than US$1 000 in the bank at conversion will be compensated.

This compensation will also extend to pensioners.

"As part of a broader reform process under the Transitional Stabilisation Programme, Government through the Central Bank introduced a market-determined exchange rate through the Monetary Policy of (SI 33 of 2019) on February 20, 2019. This entails transition from exchange rate of US$1:RTGS$1, initially to US$1: RTGS$2,5 and thereafter determined by the interbank market activities.

"The pension arrangements exclude recommended compensation under the Smith Report."

Meanwhile, overall, GDP growth is expected to be mainly driven by growth in the following sectors: electricity and water (at 18,8 percent), agriculture and forestry (11,3 percent), mining (11 percent), and manufacturing (6,5 percent).

Treasury expects to collect revenues to the tune of $390,8 billion (which constitutes 16,4 percent of GDP) to fund next year's budget expenditures, which will result in a marginal budget deficit.

"Key allocations under the 2021 Budget are goods and services ($59,4 billion), employment costs ($142,6 billion), interest ($1,5 billion) and transfers ($86,5 billion), with the balance reserved for capital development programmes," said the Finance Minister.

Capital spending has been rising fast in the Second Republic and next year will grow to more than 92 percent of employment costs,

The main thrust in capital spending, and the major Government economic intervention, remains in agriculture, getting both production and productivity raised fast by ensuring genuine farmers have access to the inputs, irrigation and mechanisation they require.

The support for industry centres on continued support for lockdown damage, largely by converting the special support facility into a revolving fund, plus further tax breaks for vital imports of those raw materials needed to boost local production.

Vehicle assembly gets a major boost with a decision to enforce a Government directive that all vehicle purchases must be locally assembled, and an end to duty concessions for Government vehicle imports with the sole exception of Zupco that can import 250 buses next year duty-free,

Support for general infrastructure includes a major jump in water supplies, with Bulawayo getting half that budget as past promises are turned into fact.

Borrowing in the coming year will only be for the budgeted expenditures and will be carried out through market-based operations, and there will be no more recourse to the central bank overdraft and other dubious windows.

You Won't Believe How Much Domestic Workers Get Paid in Zimbabwe
Tagged:
Copyright © 2020 The Herald. All rights reserved. Distributed by AllAfrica Global Media (allAfrica.com). To contact the copyright holder directly for corrections — or for permission to republish or make other authorized use of this material, click here.