Africa: Is Timber The Key For Africa's Sustainable Cities? 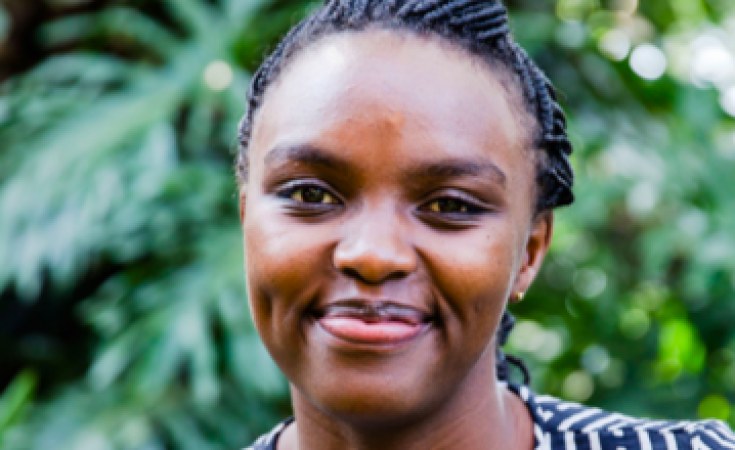 Supplied
Etta Madete is an architectural designer at Buildx Studio, a lecturer (TF) at the University of Nairobi, and an Aspen 2020 fellow. In all capacities, she practices, teaches, and conducts research on architectural design innovation to bring sustainable economic, social, and environmental development to Kenya and beyond. Most recently she was the Kenyan lead researcher for the 2020/21 Guggenheim-NY exhibition with Rem Koolhaas, OMA, and the Harvard GSD. Follow her on @ettamadete
allAfrica.com
guest column By Etta Madete

Can the future of Africa's cities be growing on trees?

When I finished architecture school, I was excited to put into practice my training in sustainable architecture. But the reality of Nairobi, Kenya, was a wake up call. The over commercialisation of the industry directly contradicted the abject poverty, the two million housing deficit and ongoing natural disasters brought about by climate change, urbanisation and unemployment.

The current rate of urbanisation in Africa has caused a massive surge in construction. About 60 years ago, Johannesburg was the only African urban centre with more than one million residents. Today there are over 40 such cities and an expected population of 2.4 billion people by 2050 . And, the urgency to build is rising.

This is not just true in Africa. The UN predicts that globally, there will be 230 billion square metres of construction - the equivalent of building a new city of Paris every single week - in the next 40 years.

To counteract this, high-rise timber projects are the new global trend in sustainable design. For example, the developers of Milwaukee's timber Ascent apartment complex say its use of timber represents the equivalent of taking 2,100 cars off the road.

Other projects include a riverside neighborhood in Toronto with around a dozen timber buildings measuring between 10 to 35 stories tall and, Mj ø st å rnet apartments, in Norway, recently crowned the tallest timber structure in the world rising 18 stories tall.

Now many are looking to Africa' s forest as a homegrown solution.

Timber, as a construction material, is strong, fire-resistant, and carbon positive. Its fire- resistant properties are the most counter-intuitive , but studies show that it forms a protective and self-extinguishing char layer that lets it retain 100% of it ' s structural strength . It is also very difficult to ignite in the first place. With modern engineering techniques, mass timber products such as cross laminated timber(CLT) and glulam improve its qualities to match and even outperform steel or concrete.

Additionally, sustainable commercial forest growth and management reduces deforestation by moving logging away from indigienous conserved forests. In addition to adding forest cover, by giving people economic incentive to continuously plant trees. In Sweden, the commercial forestry sector led to it increasing its forest cover to over 70% in less than 100 years .

When a tree dies the carbon it had absorbed in its lifetime seeps back into the atmosphere. Infact, 17% of all greenhouse emissions come from carbon released from dead trees. If instead the tree is converted to timber for construction, that carbon is "locked in," or sequestered in the building.

Studies show that one cubic meter of wood can store more than a ton of carbon dioxide, so building our future cities from timber can aid in reversing climate change.

Africa is primed to participate in this movement.

Africa's agricultural economy employs 65– 70% of Africa ' s labor force and typically accounts for 30 – 40% of its GDP. With 45% of the global total area suitable for agricultural production and an abundance of labor, land and water, means that Africa has the resources necessary for a massive expansion of agricultural and commercial forestry production.

With commercial forestry, the incentive is not to replace agricultural produce but to grow trees alongside, as a long term investment. In Western Kenya for example, the profits from just ten, six-year-old trees could cover an entire term of a child ' s high school tuition . This will shift the economic stability of millions away from the hand -mouth economy in the sector.

Growing sustainable commercial forests trees will also help reverse deforestation, by moving logging away from conserved indigienous forests and also increasing forest cover in Africa, which is happening four times faster than the global rate. With a loss of 40,000 square kilometers per year.However, to really harness this opportunity to build the sustainable cities of Africa ' s future we need to start planting the trees now.

COVID -19 in its urgency has galvanised global shifts in education, health, lifestyle in just a few months. Climate change has been known for more than 30 years but solutions remain high level and unrelated to people on the ground. Only until we get out of the drawing-room and begin empowering communities to plant and build with timber will real change happen.

Additionally, policymakers need to see trees not just from a forestry and conservation perspective but as an economic opportunity. Which will benefit climate change, increase forest cover, and create employment.

We should start planning now for our cities of the future.

Africa is in a unique position to use its agricultural power to grow the cities of the future - and combat climate change along the way.

Etta Madete is an architectural designer at Buildx Studio, a lecturer(TF) at the University of Nairobi, and an Aspen 2020 fellow. In all capacities, she practices, teaches, and conducts research on architectural design innovation to bring sustainable economic, social, and environmental development to Kenya and beyond.
Most recently she was the Kenyan lead researcher for the 2020/21 Guggenheim-NY exhibition with Rem Koolhaas, OMA, and the Harvard GSD.
Follow her on @ettamadete