Nigeria: Will Burna Boy Get a Grammy This Time? 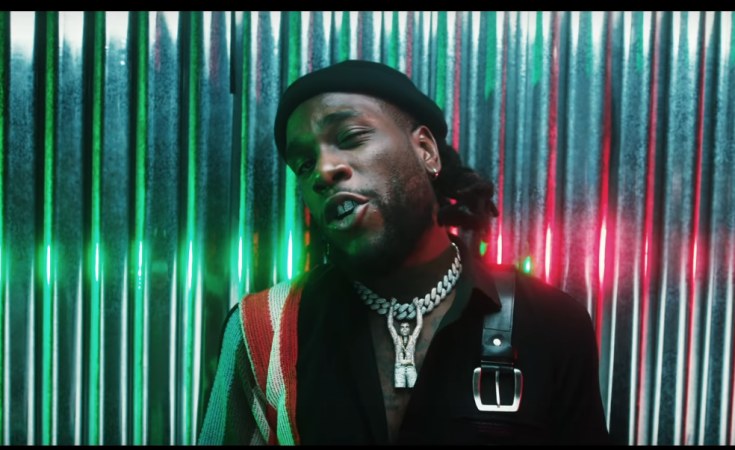 BurnaBoy/YouTube
Burna Boy in his new video Anybody.
This Day (Lagos)

Burna Boy has been nominated for the 2021 Grammy Awards. It is in the category for Best Global Music Album, for the second year running, writes Ferdinand Ekechukwu

The nominations for the 2021 Grammy Awards are in and Nigeria's superstar artiste Burna Boy, real name Damini Ogulu, has been nominated in the category for Best Global Music Album. In the nomination list for the 63rd annual Grammy Awards released last Tuesday, Burna Boy got a nomination with his new album, 'Twice As Tall.' The 29-year-old singer was nominated alongside Antibalas (Fu Chronicles), Bebel Gilberto (Agora), Anoushka Shankar (Love Letters), and Tinariwen (Amadjar).

Antibalas is an American afrobeat band modeled after Fela Kuti's Africa 70 band while Bebel Gilberto is a popular Brazilian-American singer. Anoushka Shankar is a British Indian sitar player and composer while Tianariwen is a group of northern Malian singers. Burna is believed to face stiff competition from Bebel Gilberto and his 'Agora' album, and Anoushka Shankar's Love letters. The Nigerian star's album, 'African Giant' was nominated in the same category for the 2020 Grammys but lost to four-time Grammy award winner Angelique Kidjo.

This is the second year in a row that the singer is getting a nomination in this category. The singer's first nomination came in November 2019 and it got many Nigerians excited as they prayed for him to win. With this nomination for the 2021 Grammy awards, he has another shot at bringing home the much-coveted award. Burna Boy lost to Kidjo when the category was known as 'Best World Music Album.' Kidjo in turn dedicated her World Music award to Burna Boy, saying, "the new generation of artists coming from Africa are going to take you by storm, and the time has come."

Should Burna Boy win, he will become Nigeria's second Grammy winner after Sikiru Adepoju who won with Planet Drum over 10 years ago.

"Another one... ... . #Twiceastall," Burna Boy wrote on Twitter minutes after his nomination was announced. 'Twice as Tall' which is Burna Boy's fifth album was released on August 14, 2020 as a follow up to his critically acclaimed 2019 album 'African Giant'. A mixture of Afrobeats, dancehall, pop and hip hop, Burna Boy says the album is "a journey through a bunch of emotions and energies at different points in time. It has now morphed into something bigger than me. It serves as a bridge for mankind to show that we're all different but still very much the same."

He acknowledged that the project is an extension of his Pan-African agenda on the Grammy-nominated African Giant album.

Upon release, the album ticked success box as it peaked at number 1 on Apple Music, got over five million streams in just an hour after it dropped. The album was number one in 31 countries.

The 63rd Annual Grammy Awards hold on January 31, 2021 at the Staples Center in Los Angeles. It will recognize the best recordings, compositions, and artistes of the eligibility year, running from September 1, 2019, to August 31, 2020.