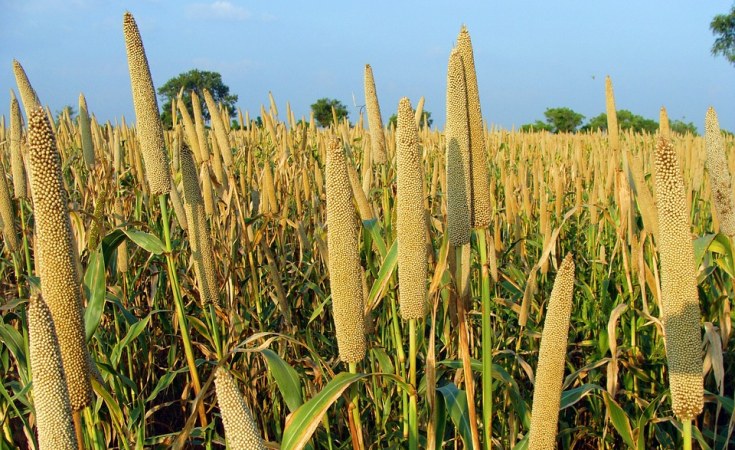 Diabetes is a serious, chronic condition that affects the lives and well-being of individuals, families, and societies globally. It is characterised by excess levels of sugar in the blood.

Type 1 diabetes often begins from childhood. It occurs when the body attacks the pancreas with antibodies. The pancreas is damaged and is unable to produce the hormone, insulin, responsible for regulating the blood sugar level. As a consequence, people with type 1 diabetes rely on daily injections of insulin to survive. Type 1 diabetes constitutes about 5 percent-10 percent of all cases of diabetes

Type 2 diabetes occurs mostly in adults from the ages of 20 to 79. It accounts for about 90 percent of all diabetes cases. In type 2, the pancreas produces insulin, but it is either not enough or the body cells fail to use it - what's known as insulin resistance. People who are obese have a high risk of developing type 2 diabetes.

In 2019 about 1 in 11 adults in the world - 436 million people - had diabetes. Of these, 19 million lived in sub-Saharan Africa. Around 60 percent of them were not aware of their condition.

These numbers are expected to grow exponentially over the next 25 years. The number of people with diabetes in sub-Saharan Africa is expected to more than double to 45 million by 2045. This is because many people are at high future risk of diabetes, otherwise known as people with prediabetes. In 2019, about 45 million Africans aged 20 to 79 years had impaired glucose tolerance, which is a form of prediabetes.

The Global Burden of Disease Study estimates that diabetes is the fifth leading cause of deaths due to noncommunicable diseases in the region. Others ahead of it are stroke, ischaemic heart disease, congenital birth defects, and chronic liver diseases.

The expected rapid rise in diabetes must not be overlooked as it could have devastating health and economic consequences for the region. Most national health systems are unprepared to deal with the growing burden as they struggle to cope with infectious diseases. The Covid-19 pandemic has added to these pressures.

Given that this is a lifestyle disease, governments need to act urgently to encourage changes in behaviour in a bid to manage it.

Diabetes and other noncommunicable diseases result in people living many years in poor health in sub-Saharan Africa. The average life expectancy in the region is currently estimated to be 64.5 years, with 11 percent of those years spent in poor health.

According to the Global Burden of Disease Study, the proportion of all years of life lost to early death due to diabetes and other noncommunicable diseases increased by more than 68 percent in sub-Saharan Africa between 1990 and 2019.

Diabetes can lead to death and life-threatening complications, such as severe damage to the heart, blood vessels, eyes, kidneys, and nerves. These complications can lead to heart attacks, strokes, blindness, kidney failure, and lower limb amputation. For example, adults with diabetes are three times more likely to suffer from heart attacks and strokes than adults without diabetes.

Diabetes can also increase the risk of infectious diseases such as pneumonia and tuberculosis. It has also been shown that people living with diabetes who are infected with SARS-CoV-2 are more likely to develop severe Covid-19, to require extended stay in the hospital, to have a greater need for ventilation, and to have higher chances of dying from Covid-19.

Sub-Saharan Africa faces unique challenges in combating diabetes. These include the lack of funding for noncommunicable diseases, lack of studies and guidelines specific to the population, lack of medications, differences in urban and rural patients, and inequity between public and private sector health care.

Because of these challenges, diabetes has a more significant impact on health loss in sub-Saharan Africa than any other region in the world.

The International Diabetes Federation estimated the cost of diabetes in sub-Saharan Africa in 2019 to be $ 9.5 billion, and this will increase to $ 17.4 billion by 2045.

The rising prevalence of diabetes is linked to the increase in obesity and other lifestyle changes such as poor eating habits and lack of physical activity.

The risk factors for developing diabetes are modifiable, meaning they can be changed. People should be encouraged to eat healthily, be physically active, and avoid extreme weight gain. Such simple lifestyle changes are effective in preventing type 2 diabetes.

Studies over the past two decades have unequivocally shown that lifestyle modification can prevent or delay the onset of type 2 diabetes in people who are at high future risk of the disease. Such studies have been conducted in numerous countries, including the United States of America, Finland, China, India, Japan, and Pakistan.

A coordinated multi-sectoral approach within and across countries is needed to stem the tide of diabetes in sub-Saharan Africa.

Previous Story
Diabetes - the Importance of Medicine, Exercise and Diet
Next Story
Why It's So Difficult to Tackle Diabetes in Sub-Saharan Africa

Diabetes - the Importance of Medicine, Exercise and Diet

Why It's So Difficult to Tackle Diabetes in Sub-Saharan Africa