East Africa: How Ethiopia's Conflict Threatens the Horn of Africa 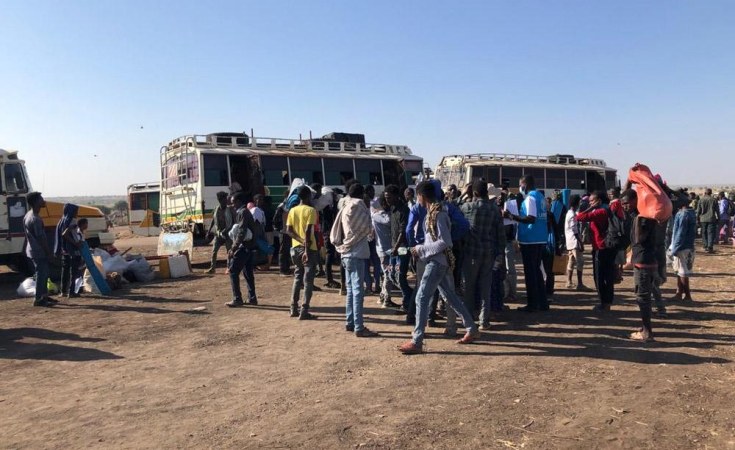 MSF
People are preparing for the long journey from the Hamadayet border crossing to the Um Rakuba camp site in Gadaref.
Daily Maverick (Johannesburg)
opinion By Nora Kristiansen

As Ethiopia struggles with an ever-increasing rate of coronavirus infections, the country is now facing another potentially devastating internal conflict. The potential implications of this conflict spread far beyond the borders of Ethiopia and present a threat to the very stability of the Horn of Africa region.

The origins of political struggle in Tigray date back to the early 20th century when a series of geopolitical upheavals began to take place including major colonialist clashes with Europe. During this period, the region of Tigray began to decline in prominence within the Ethiopian empire. This trend sparked nationalist sentiments which produced several ethnically centered nationalistic movements, from student groups to separatist factions.

The dominant political party in Tigray today, the Tigray People's Liberation Front (TPLF) was founded in 1975 as a militant group. The TPLF was highly active in the tumultuous years of the late 1970s that saw both the end to the country's millennium-old monarchy and the establishment of an ideologically communist military junta.

Over the past 30 years, the TPLF solidified its position as the primary political voice in Tigray and became the most powerful party in the nation as a whole. However, after the formation of the multi-ethnic...