Kenya: Weatherman Warns of Floods in 15 Counties, Including Nairobi 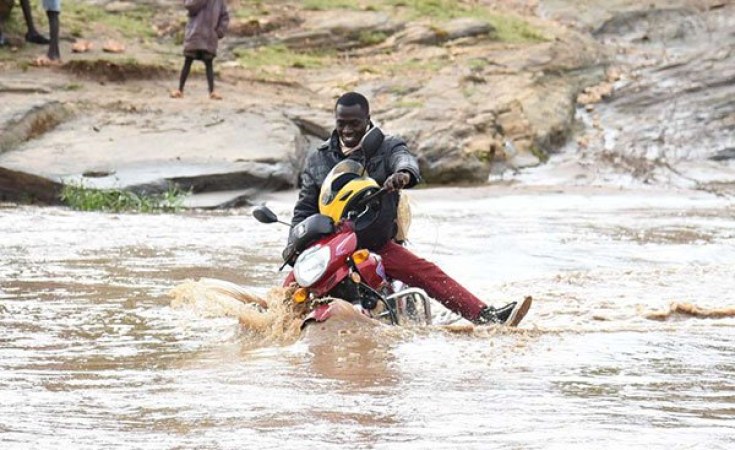 Nairobi — The Kenya Meteorological Department has warned that there will be heavy rainfall and flooding in 15 counties in the first week of December.

In the advisory, the Meteorological Service Director Stella Aura said the moderate probability of the occurrence is between 33 percent to 66 percent.

She added that the rainfall is expected to continue on Sunday 29 over western, southeastern, coastal regions and central highlands including Nairobi area. It is likely to reduce in intensity on Monday 30.

Aura said landslides are likely to occur in Central and Western regions and urged residents in the areas to move to higher ground.

"Residents in all the mentioned areas are advised to be on the lookout for potential floods," she said while also asking the motorists, cyclists and pedestrians also asked to exercise caution.

"Residents are advised to avoid driving through or walking in moving water or open fields and not to shelter under trees and near grilled windows to minimize exposure to lightning strikes," she said.

She noted that the water levels in rivers, lakes and dams over the Lake Victoria Basin, the Highlands, West of Rift Valley, Central and South Rift Valley are expected to remain high.

"Floodwaters may appear in places where it has not rained heavily especially downstream," she said.

Previous Story
Next Story
Flood Victims Living in Wetlands to Be Caned Before Rescue, Warns Governor

Flood Victims Living in Wetlands to Be Caned Before Rescue, Warns Governor

Court Strikes Out Suit Against Uganda For Lake Victoria Flooding
Tagged:
Copyright © 2020 Capital FM. All rights reserved. Distributed by AllAfrica Global Media (allAfrica.com). To contact the copyright holder directly for corrections — or for permission to republish or make other authorized use of this material, click here.