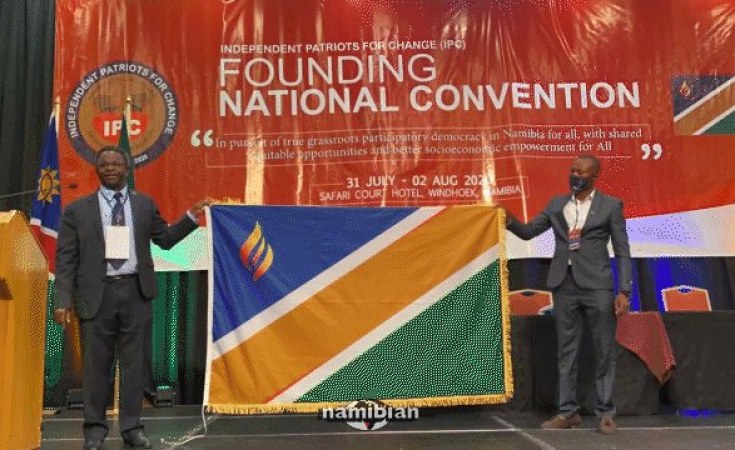 The Namibian
An Independent Patriots for Change meeting.
The Namibian (Windhoek)
By Shinovene Immanuel and Sakeus Iikela

SWAPO insists it emerged victorious from last week's elections, despite failing to retain control of over 30 towns and village councils across the country, including economic hubs such as Windhoek, Oranjemund, Lüderitz, Swakopmund and Walvis Bay.

Swapo spokesperson Hilma Nicanor, without providing any evidence, accused "outside forces" of trying to unseat the ruling party.

She claimed the party was victorious.

The 2020 local authorities election results show that Swapo, tainted by the N$2 billion Fishrot corruption scandal, has been relegated to a party with strong rural support.

Swapo's failure to take charge of key urban areas has given opposition parties an opportunity to run major municipalities.

More than 15 local authorities are open for coalitions to rule them.

This is the first time since independence Swapo has lost these areas.

In fact, the ruling party had control over 52 of the 57 local authority areas in Namibia in 2015.

Now, the party only has the majority in 20 local authorities.

Apart from the Nkurenkuru village council, where the ruling party managed to win all seven seats, Swapo is now sharing the control of local authorities with other political parties.

Swapo lost the coastal region of Erongo, the north-western Kunene region, and the southern Hardap and //Kharas regions.

There Swapo lost control of towns such as Walvis Bay, Swakopmund, Keetmanshoop, Lüderitz and Oranjemund to two opposition parties - the Independent Patriots for Change and the Landless People's Movement.

At other smaller town and village councils such as Gobabis, Witvlei, Kamanjab, Berseba, Usakos, Omaruru, Outjo and Karibib, no political party holds the absolute majority, leaving room for coalitions to be formed.

Swapo also failed to control the Zambezi region in the regional council elections.

Swapo stalwart Nahas Angula told The Namibian yesterday he was not surprised at the ruling party's "disappointing" performance in last week's elections.

Angula said he had observed that Namibian young people no longer had faith in the ruling party and that Swapo needed to do something to give them hope.

He said Swapo's approach to internal conflict resolution also plays a huge role in the continued demise of the ruling party.

According to him, Swapo's policies of alienating and expelling members who are seen as troublesome are to blame.

"You cannot run the party without mechanisms of conflict resolution. If you expel Itula and you know that more than 300 000 people voted for him, you have alienated them and they will follow him," he said.

Angula expressed concern over fragmented voter support, saying parties seem to be aligning with their ethnic strongholds for votes.

He said this could see Namibia turning back to bantustans and ethnic segregation.

"These results have shown there is no more a national party like Swapo used to be, and that is the most troubling thing I am seeing, and the problem is leadership," Angula said.

Nicanor yesterday said the party would soon meet to discuss the results, as is custom after each election.

She rejected suggestions that the party is the biggest loser after last week's elections.

"I hear people saying that Swapo lost. It's not true. We turned out victorious. Swapo is here to stay," she said.

Swapo's fall from grace has been pinned on several factors, including arrogance and the failure to understand the voters' frustration.

"How can you say the party is arrogant if we, the leaders, met with people on the ground and the rallies were full?" she asked.

Nicanor said the party is not embarrassed by the results.

"It cannot be an embarrassment if we won more than 56%. It's a victory," she said.

The Namibian understands party president Hage Geingob held a brief meeting with some of his confidants yesterday to discuss the election results.

Sources said the party would be convening a politburo meeting today.

Party insiders consider Geingob as being part of Swapo's downfall. He was said to be involved in every exodus of politicians who criticised his regime.

Swapo retained a narrow majority at various town and village councils in the northern parts of the country and in the two Kavango regions.

The IPC is the only other party to win seats at those local authorities.

The IPC, one of five parties established by former Swapo members, is the second biggest winner in these elections, managing to win seats at 34 local authorities.

The Popular Democractic Movement, which won 16 parliamentary seats at last year's elections, only managed to win a majority at the Opuwo Town Council.

Other political parties to win majority seats in the 2020 local authority elections include the National Unity Democratic Organisation (Otjinene) and the United Democratic Front (Khorixas).

Parties such as the Monitor Action Group and the Republican Party also gained seats at some local authorities.

Other parties, such as the Rally for Democracy and Progress, All People's Party, National Patriotic Front, National Empowerment Fighting Corruption, Swanu, the Congress of Democrats and the National Democratic Party did not win any seats.

"The results are not necessarily about progressive policies offered by other parties, but about the ruling party's gross incompetence and indifference to the Namibian people. The ruling party will remain in the political intensive care unit until it culls dodgy characters in its ranks," he says.

Political commentator Ndumba Kamwanyah says the results show Swapo has lost its national character as a party which could win anywhere in the country.

He says Swapo has been reduced to a village party.

Kamwanyah says this could mean that the party has lost the support of the "middle class, the working class and intellectuals, and that is not good news". 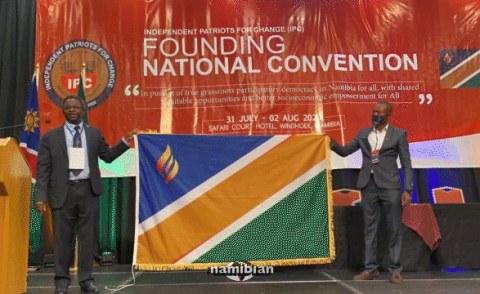