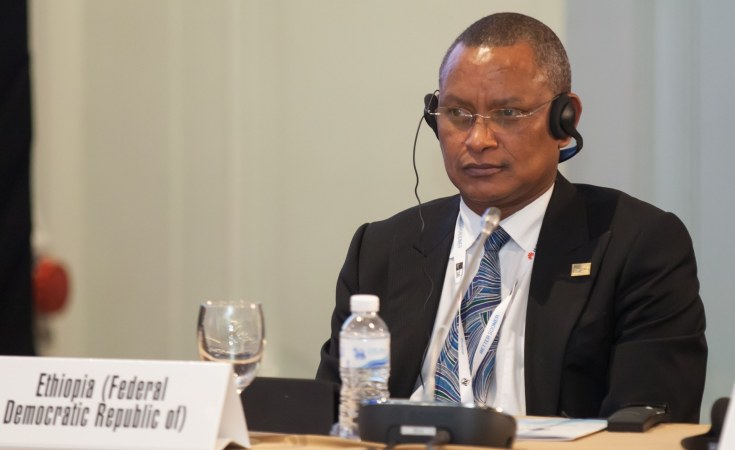 Hundreds have died in the ongoing conflict in Ethiopia's Tigray region and thousands more have fled. As the TPLF and Ahmed trade jabs, thousands of refugees are in dire need of humanitarian assistance in Sudanese camps.

Debretsion Gebremichael, in a phone interview with The Associated Press, said he was still near the Tigray capital, Mekele, which the Ethiopian army on Saturday said it now controlled. Far from accepting Abiy's declaration of victory, the Tigray leader asserted that "we are sure we'll win."

He also accused the Ethiopian forces of carrying out a "genocidal campaign" against the Tigray people. With the Tigray region still cut off a month after the fighting began, no one knows how many people have been killed, and it's difficult to verify the warring sides' claims.

During its 27 years in power, the country witnessed massive improvements in child mortality and agriculture. But the country remained a one-party state fueling feelings of exclusion among younger Ethiopians.

Abiy Ahmed who run on the promise of political reform, has been accused by the TPLF of political targeting and sidelining. The fight is about self-determination of the region of some 6 million people, the Tigray leader said, and it "will continue until the invaders are out."

He asserted that his forces held an undetermined number of "captives" among the Ethiopian forces, including the pilot of a fighter jet that his side claims to have shot down over the weekend.

"Civilian casualties are so high," he said, albeit declining to offer even an estimated toll. He accused Ethiopian forces of "looting wherever they go."

However, in an address to parliament on Monday, Prime Minister Abiy Ahmed claimed in parliament soldiers did not kill any civilians as they took over Mekele and other cities in Tigray.

"Mekele is ours, it was built with our own resources. We are not going to destroy it," he told lawmakers. "Not even a single person was harmed by the operation in Mekele."

Abiy said federal forces were monitoring Tigray's leaders who had fled west of the capital and would soon attack them.

As the two leaders traded accusations, more than 45,000 people have been displaced, many of them seeking shelter in camps in Sudan, according to the UN.

Conditions in the camps are tough and the health situation precarious. Medics with aid group Mercy Corps at the Um Raquba camp told AFP earlier that they had seen multiple cases of dysentery and tuberculosis, malaria and HIV among the refugees.

Speaking to DW on Monday, Ethiopia's minister in charge of democratization, Zadig Abraha said the country was supplying food to refugees through UN agencies. He said the government would soon open a humanitarian corridor to allow aid to reach those in need.

Ethiopia PM's Battle for Control Comes at Huge Cost to Country
Tagged:
Copyright © 2020 Deutsche Welle. All rights reserved. Distributed by AllAfrica Global Media (allAfrica.com). To contact the copyright holder directly for corrections — or for permission to republish or make other authorized use of this material, click here.