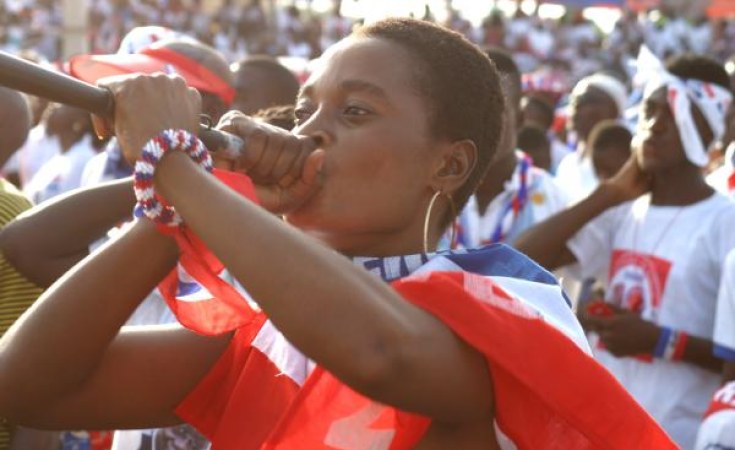 A total number of 17,027,641 eligible voters are expected to exercise their franchise on December 7,except for those disqualified for infringement on electoral laws.

Some of the registered voters who had their names removed from the main register included Multiple Registered Voters and those captured under the Exception List Voters Register.

This was disclosed by the Chairperson of the Electoral Commission (EC), Mrs Jean Mensa yesterday during a media briefing dubbed "Let the Citizen Know," a forum created by the EC to educate stakeholders about its plans and preparation for the General Elections, slated for Monday.

On the Multiple List, the EC was able, through its software applications, to identify individuals who registered more than once by a total number of 7,890 individuals which generated 15,860 extra voters to the total list.

She said after the EC had detected their electoral malpractice and disbarred them from any of the electoral processes leading to the 2020 polls, 55 of them went to court to be reinstated in the Voters Register to exercise their franchise.

Mrs Mensa said because the court's judgment came after their database had been frozen,those under that category would now vote but would be manually verified at the polling stations.

She said those in the Exception List consisting of voters who had their registration challenged at the polling stations for being classified as foreigners, under age (below the age of 18, the legal age for registering), people of unsound mind and those who registered at constituencies they were not supposed to register totalled 13,997.

Thus, she said the total number of Multiple and Exception voters' lists totalled 21,887 in this year's election compare to 800,000 in the previous election in 2016.

Mrs Mensa said those who registered during the voters registration exercise but found their names missing from the register when it was exhibited together with those who had their constituencies missed up would be offered a window of opportunity to vote at their various polling stations, but would be manually verified since the EC database had been frozen to add up any voter.

She prayed for peaceful and successful elections in the coming days adding that the EC has put all measures in place to ensure free,fair and credible elections.

Previous Story
Tagged:
Copyright © 2020 Ghanaian Times. All rights reserved. Distributed by AllAfrica Global Media (allAfrica.com). To contact the copyright holder directly for corrections — or for permission to republish or make other authorized use of this material, click here.