Mozambique: How Men Are Redefining Masculinity in Mozambique 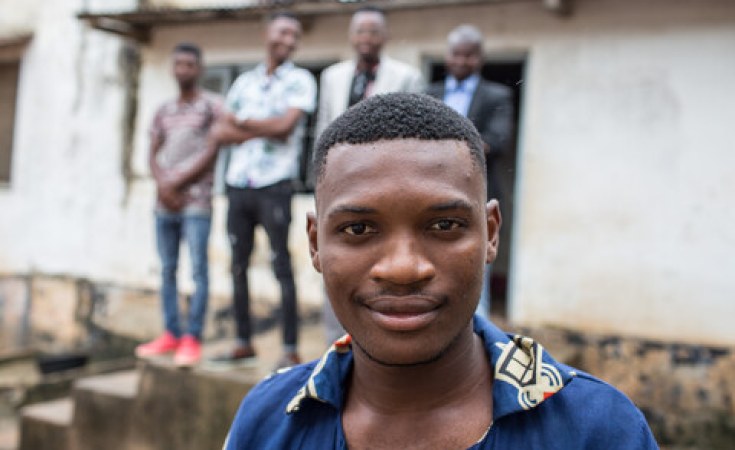 Nampula, Mozambique — Guidion Gulamo, 25, was content with his career as a model and dancer in Nampula Province, northern Mozambique. He had a good reputation and he was popular, especially with women. But his perception of himself changed when he participated in a training session for men about preventing sexual and gender-based violence, and he realized his own behaviour could be harming girls.

"I used to date girls who were under 18," says Mr. Gulamo. "After the training, I understood that it was wrong and that I could be hurting their lives."

He understood that while sex was a light-hearted experience for him and many of his male friends, it could have a very different impact on a young girl's life. If she became pregnant, it could lead her to drop out of school. He also understood that girls might consent to having sex even if they didn't want to because they felt uncomfortable saying no, or because of cultural pressure to accept male dominance.

"As men, we must change our minds and our actions"

Since the training session, Mr. Gulamo has been educating his own community and peers. He explains that men and women are equals and that forcing a girl to have sex or marry against her will is not only detrimental to her wellbeing, but it's against the law. It's an important message in Mozambique, where 48 per cent of girls are married before the age of 18.

"I tell my friends that they shouldn't get involved with girls under 18 years. They know it is wrong, but what they did not know is that they could go to jail," says Mr. Gulamo.

His newfound knowledge has even had an impact on his own family. When it was announced that Mr. Gulamo's 14-year-old sister was about to be married, Mr Gulamo strongly opposed the decision. He told their father that it was against the law and that his sister's life would be hampered by an early marriage. His father listened to him, cancelling the marriage and allowing Mr. Gulamo's sister to continue her studies.

Mr. Gulamo has since advised other families and recently referred a case to the police that resulted in the conviction of a man for statutory rape.

Mr. Gulamo is not the only man in his community advocating for change. He is one of 25 men who were trained by the Spotlight-supported organization Ophenta to become activists for women's rights. Participants have a formed a male youth group and now work within the community to raise awareness of sexual violence and inform locals about the law.

"We work together in the communities. We go to markets and talk to people, one by one," says fellow activist Júlio Jorge, 20.

In 2019, more than 16,000 men in Mozambique were sensitized on women's rights and sexual and gender-based violence under the Spotlight Initiative. Men like Mr. Gulamo are key partners in eliminating violence and set strong examples of positive masculinity for their peers. As influential figures within their communities, their reach extends well beyond their own circle of family and friends, helping to create lasting, society-wide change.

"As men, we must change our minds and our actions," says Mr. Gulamo.

Tagged:
Copyright © 2020 Spotlight Initiative. All rights reserved. Distributed by AllAfrica Global Media (allAfrica.com). To contact the copyright holder directly for corrections — or for permission to republish or make other authorized use of this material, click here.