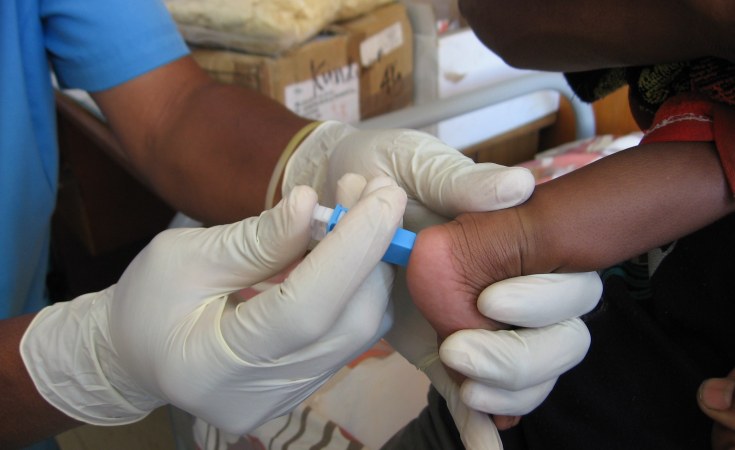 Nairobi — More than two decades ago, someone living with HIV/AIDS had little hope, with HIV infection bringing a steady inexorable decline towards the complete destruction of the immune system and death.

The introduction of ARVs in 1996 was a turning point for hundreds of thousands of people with access to sophisticated health care systems.

Although they cannot cure HIV/AIDS, antiretroviral (ARVs) have dramatically reduced mortality and morbidity, prolonged lives, and improved the quality of life of many people living with HIV/AIDS.

On Tuesday Kenya joined the rest of the world in commemorating World Aids Day, where the latest Kenya HIV Progress Indicators Report revealed a sharp decline in HIV incidence among persons aged over 15 years.

It also revealed 1.5 million Kenyans are living with HIV, with the national prevalence rate standing at 4.5 percent.

Moreover, the report reveals a steady increase in the number of people living with HIV who have been having access to life- long antiretroviral (ARV) drugs.

The latest Kenya HIV progress indicators report shows that 78.9 pc of all people knowing their HIV status had been initiated on ARV's, with males presenting a higher Anti-Retroviral Therapy (ART) coverage of 85.3 pc compared to 69.7 pc among the females.

Among the adults, those accessing ARVs have increased from 64 people in 2008

The impact has reduced AIDS-related deaths and improved the quality of life for people living with the virus.

"About 2 million people are estimated to have died in Kenya from the time HIV and AIDS to date. However, about 734,000 lives among people living with HIV have been averted due to the ART program," the report states.

According to the report, this might lead to an increase in the number of new infections and HIV-related deaths in the near future.

"In a recent study, sample transmitted drug resistance of at least one type was recorded in 9.2% of cases. This is where patients have been infected with a form of HIV already resistant to some medications, which can make treatment options more limited before they have even started ART," the report stated.

The latest report from the Health Ministry has revealed that 41,416 new HIV infections occur every year with the main sources being unsafe sexual practices and Mother to Child Transmissions.

Chief Administrative Secretary (CAS) Dr. Rashid Aman noted that more than 90 pc of persons living with HIV (PLWHIV) are on treatment and therefore pose a very low chance of transmission.

"This is evidenced by the decrease of new HIV infections to less than 36, 000 in 2018, a stack reduction from 106,000 recorded in 2012," Dr. Aman noted. "Kenya is well on its way to achieving epidemic control, with over 1.1 million benefiting from the ARV treatment.

The CAS further noted that the COVID-19 pandemic posed a challenge to the uptake of HIV testing services due to low outpatient hospital visits during this period.

"The uptake of HIV testing services has declined over the months between the months of January 2019 and June 2020 with the lowest uptake noted between March and April where testing volumes reduced by 33 pc."

However, antenatal clinic attendance and testing was not impacted.

The CAS also noted an upward trend in the number of patients newly enrolled on the ARV treatment between January 2018, and July 2019 with a subsequent decline up to June 2020.

"The adult cascades for the 90:90:90: targets indicated 83 pc of HIV positive adults have been identified, 87 pc of these are enrolled in care and 97 pc have achieved viral load suppression compared to the pediatric cascade.

identified, 72 pc of these are enrolled in care and 83 pc have achieved viral load suppression.

"We are below the 90:90:90: target for children and that is an area that the ministry is focusing on," he said.

This year's World Aids Day is focusing on key populations affected which include Young People - comprising of pregnant and breastfeeding adolescent girls and young women and Persons Living with Disability.