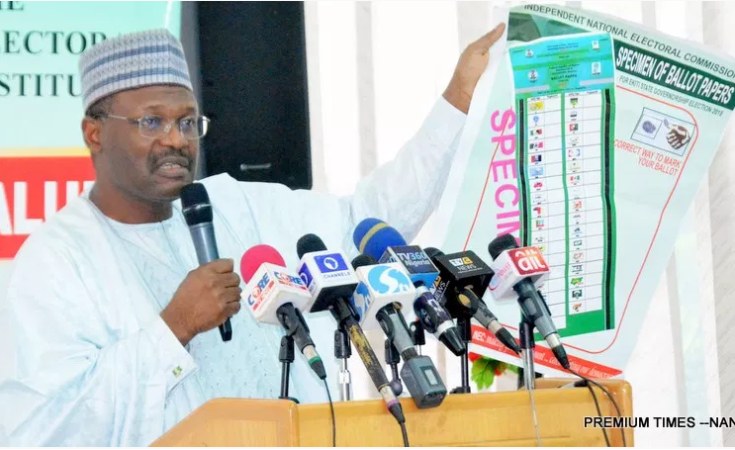 He is unbiased, apolitical - Opposition lawmakers

The Senate, yesterday, confirmed the nomination of Prof Mahmood Yakubu for appointment, for a second term, as Chairman of the Independent National Electoral Commission (INEC).

Yakubu was first appointed as INEC chair in 2015 by President Muhammadu Buhari. He was reappointed after his first tenure lapsed in November this year.

His confirmation followed the consideration of the report of the Senate Committee on INEC, chaired by Senator Kabiru Gaya (APC, Kano). With this appointment, Yakubu is the first chairman of the electoral body to have a second term.

Senator Gaya, while presenting the committee's report, said the nominee possessed the requisite qualifications for the top INEC job and that there was no petition against his nomination.

He, therefore, recommended his confirmation.

Abaribe commended Yakubu for the technological innovations he introduced at INEC, especially the transmission of election results to the central portal from polling units.

The Deputy Senate President, Ovie Omo-Agege said, "This is the first time we are having the chairman of INEC renominated for a second term.

Senator James Manager (PDP-Delta) described the nominee as a man who had displayed rare courage and impartiality in the conduct of elections during his first term.

"I urge the nominee that he should be more cautious of the INEC staff. This is because the name he will make when renominated is more important than his achievements in the past.

"He should do the job to leave a legacy; that is more than what he had achieved," he said.

Senator Sandy Onor (PDP, Cross River) described Yakubu as an unbiased umpire, and that he was a square peg in a square hole.

"The nominee has demonstrated competence; has shown indeed that he was an unbiased umpire. Today, politicians don't go into elections scared of whether they will be oppressed or not.

"Going by his performance in the first term, he will do even better this second term. I'm looking forward to a situation where we will digitalise our processes even more," he said.

Meanwhile, the APC has urged the INEC boss to ensure improvement in the electoral processes of the country.

The APC in a statement on Tuesday by its Deputy National Publicity Secretary, Yekini Nabena said, "Our electoral processes are far from perfection . "

Prof Yakubu had, during his screening last week, said he would deepen the use of technology in the conduct of elections in his second term as chairman of the INEC.

He said the deployment of technology had helped improve Nigeria's electoral processes despite misgivings from some quarters on its efficacy.

Yakubu said the commission was working hard to ensure that scheduled elections are not postponed again.

He blamed low voter turnout during elections on the poor performance of political office holders, electoral violence and lack of voter mobilisation.

Buhari Swears in Yakubu As Electoral Board Chairman