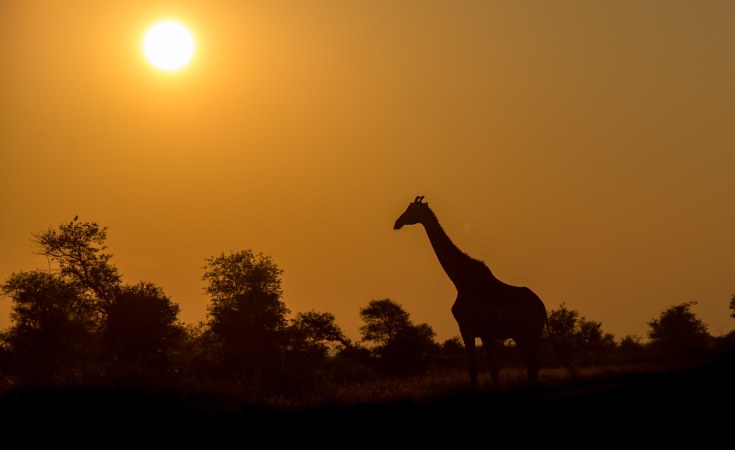 The world's only known white giraffe has been fitted with a GPS tracking device at Ishaqbini Hirola Community Conservancy in Ijara, Garissa County, Kenya.

The white male giraffe has leucism -- a rare genetic trait -- and until March was one of three with the condition in the conservancy. A white female and her calf were killed by poachers in March.

This prompted the exercise on November 8, at the request of the Ishaqbini board to the Kenya Wildlife Service (KWS) and with support from the Northern Rangelands Trust and Save Giraffes Now.

A tracker was placed on one ossicone (horn) on the subadult white male to give hourly updates of his location so rangers can monitor his movements to save him from poachers.

Eastern Conservation Area Ishaqbini, was established as a community conservancy by the communities of Hara, Kotile and Korisa locations, to conserve the Ijara ecosystem.

It is also home to the critically endangered Hirola antelope with a wild population of 450. This bespectacled antelope is native to the arid woodlands and savannah of the Kenya/Somalia border, and now only in isolated pockets of Kenya. From its establishment in 2012, the Hirola sanctuary's founder population of 48 Hirola is now between 118 and130.