With both teams already qualified to the U-20 Africa Cup of Nations, Mauritania 2021, Uganda edged hosts Tanzania 4-1 to lift CECAFA U-20 championship trophy on Wednesday (2 December 2020) at Black Rhino Stadium in Arusha.

Goals from Richard Basangwa, Steven Sserwadda, Ivan Bogere and Keneth Semakula in both halves were enough for Uganda to lift the trophy on the expense of the hosts. Abdul Suleiman score Tanzania's consolation goal at the half hour mark.

Uganda's victory served as a revenge, after Tanzania won the same title in Jinja, Uganda last year. Tanzania then defeated Uganda in the quarterfinals, before beating Sudan and Kenya respectively to win the title.

Tanzania midfielder Pascal Msindo was named the tournament's most valuable player, while Ivan Bogere of Uganda and Abdul Suleiman of Tanzania finished as co-top scorers with five goals each. 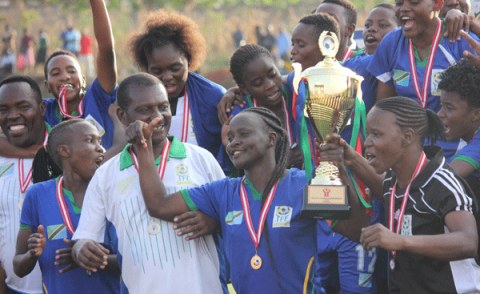 Tanzania Lifts Cecafa Cup
Tagged:
Copyright © 2020 Confederation of African Football. All rights reserved. Distributed by AllAfrica Global Media (allAfrica.com). To contact the copyright holder directly for corrections — or for permission to republish or make other authorized use of this material, click here.

Most Powerful Passports For 2021 - Where Does Yours Rank?
Trade