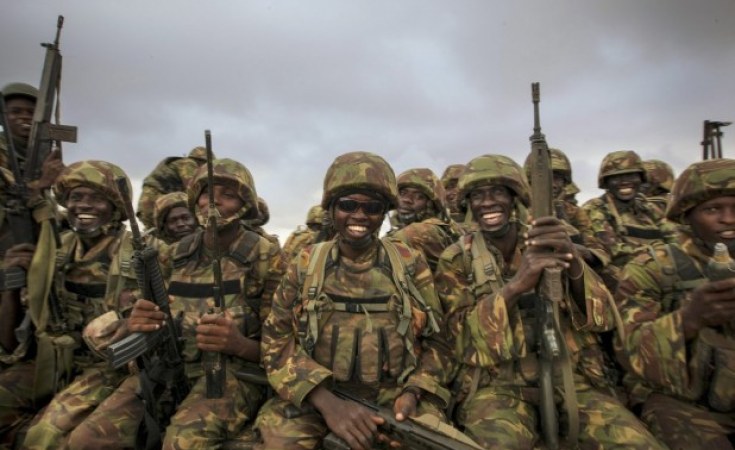 Khor Yabis — The Sudan Armed Forces (SAF) have reportedly taken control of the area of Khor Yabis in eastern El Gedaref on the border between Sudan and Ethiopia. The Radi El Fashaga Committee said in a statement on Wednesday that the army recovered Khor Yabis in El Fashaga El Sughra, off Barakat Norein, after 25 years of absence.

The committee expressed its hope for the deployment of the armed forces in the entire El Fashaga locality and "the restoration of Sudanese sovereignty".

A military source from El Fashaga confirmed the deployment of the armed forces in half of the area that was formerly occupied by Ethiopian gunmen (called shifta in the region).

The 1,600 kilometre border between Sudan and Ethiopia was drawn in colonial times. No clear demarcation of the border has been made since the country became independent in 1956. The lack of clear border markers has made it easy for Ethiopian militants to occupy fertile farmlands in eastern El Gedaref.

Ethiopian farmers have been cultivating crops for decades along the border. The lands are protected by Ethiopian gunmen. Farmers in El Fashaga and the El Gedaref governor have demanded that these lands be returned to them.

Thousands of Ethiopians continue to flow across the border into Sudan, fleeing the the ongoing conflict in Ethiopia's restive Tigray region. Women, men, and children have been crossing the border at the rate of 4,000 a day since 10 November, rapidly overwhelming the humanitarian response capacity on the ground, according to the United Nations Refugee Agency (UNHCR).

Sudan's Prime Minister Abdallah Hamdok has asked the UNHCR for technical and programmatic assistance to deal with the influx of Ethiopian refugees. He and the UN High Commissioner for Refugees Filippo Grandi agreed to organise an international conference on refugee issues to be hosted by Khartoum at the beginning of next year.

The UN on Friday announced that agreement has been reached with the Ethiopian government to allow "unimpeded, sustained, and secure access" for humanitarian supplies to reach those in need across areas now under its control in Tigray.

Confirming details of the deal at UN Headquarters in New York, Spokesperson Stéphane Dujarric said that the safe passage of aid supplies and staff also extends to the Ethiopian regions of Amhara and Afar, bordering Tigray, where fighting between federal and regional forces, has impacted around six million people during the past month.

UN humanitarian coordination office (OCHA) spokesperson based in Nairobi, Saviano Abreu, told local reporters earlier that the first mission to carry out a needs assessment would begin on Wednesday.

He added that the UN was committed to engaging with "all parties to the conflict" and ensuring that aid was distributed "strictly based on needs".

Mr. Dujarric said that all aid distribution would be carried out "in compliance with the globally-agreed principles of humanity, impartiality, independence and neutrality. This includes working to ensure that people impacted by the conflict are assisted without distinction of any kind other than the urgency of their needs."

The UN estimates that some two million are now in need of assistance in and around Tigray and some one million have been displaced by the fighting, including more than 45,000 who have fled across the border into Sudan.