Rwanda: Stunting in Rwanda Drops to 33% 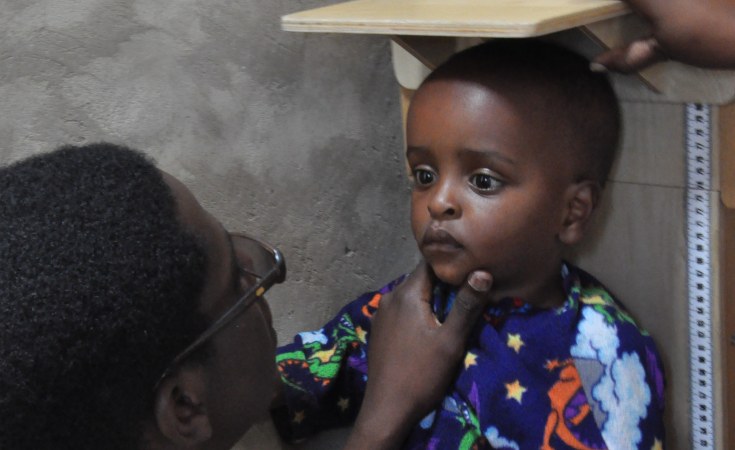 The percentage of stunted children under the age of 5 dropped from 38 per cent to 33 per cent in the last five years, latest figures from the National Institute of Statistics of Rwanda show.

According to officials, the drop could have been driven by the Government's interventions towards improving coverage and quality of child care, feeding and hygiene practices across the country.

While that is a success in one way or another, officials are convinced that the country has a lot to do to stamp out stunting, according to the Minister for Health Daniel Ngamije.

"While this is a step in the right direction, our conviction is that we need to do more to eradicate stunting and other health related issues that women and children still face," he said during the launch of the report.

The Rwanda Demographic and Health Survey, the sixth of its kind, shows that stunting - chronic malnutrition - rates are still highest in poorest households and those in rural areas.

The survey results showed that 36 per cent of children in rural areas were stunted compared to 20 per cent in urban areas.

Stunting generally increases with age, peaking at 40 per cent among children aged 24-35 months, according to the study.

It is believed to be caused by not eating enough or eating foods that lack growth-promoting nutrients, and persistent infections or chronic diseases that cause poor nutrient intake.

The report linked stunting to mother's education level, saying that children of women with no education were more likely to be stunted than those whose mothers have been to school.

The danger of stunting, different scientific observations say, is that it leads to lack of cognitive development and educational attainment, implying that stunted children have limited mental capacity to solve complex challenges and hardly attain education.

That, essentially, deprives the economy of quality human capital that is critical to attaining the country's development aspiration to become a middle-income country and sustain its economic gains.

During the launch of the report, Prime Minister Edouard Ngirente said on Thursday, December 3, the Government was committed to double efforts in reinforcing key strategic interventions in the health sector.

"This will ensure that all indicators are on track by 2024 - the year Rwanda seeks to achieve strategic transformation," he noted, while officiating the launch of the report.

The survey, which attracted record participation and focused mainly on women and children, indicated that 1 per cent of children were wasted in 2020 compared to 2 per cent in 2015.

Wasting is a measure of acute undernutrition, which may result from inadequate food intake or from a recent episode of illness causing weight loss, according to health experts.

The rate of underweight children (too-thin for their age) reduced slightly from 9 per cent to 8 per cent in the same period.

Other key indicators such as fertility rate - average number of children a woman would bear in her lifetime, as well as maternal mortality rate - registered a dismal decline from 4.2 children per woman in 2015 to 4.1.

Ngamije said that cultural barriers still limit women to access healthcare services, and this can be observed among pregnant women, who more often than not, are not likely to go to request care in the first period of pregnancy.

"They (women) delay almost seven months of their pregnancy. There's competition between different priorities, so we need to bring healthcare services near households," the minister noted.

Ngamije also emphasized the need to be innovative in how healthcare services given to women and children such as testing malaria and hepatitis should be packaged.

However, issues of stunting that affect children and those that affect women, sometimes go beyond their economic means. In rural areas, for instance, a few can afford sufficient food at affordable consumption rates.

Reversing the trend, the Premier highlighted that the Government was committed to strengthen multi-sectoral programmes initiated to improve access to quality health services.

This, he said, would be achieved through providing training to the health workforce, and ensuring community involvement, and enhancing support towards community-based health insurance.

The Government is also looking at strengthening innovative data collection tools and extension of health services close to citizens, as well as developing health infrastructure.