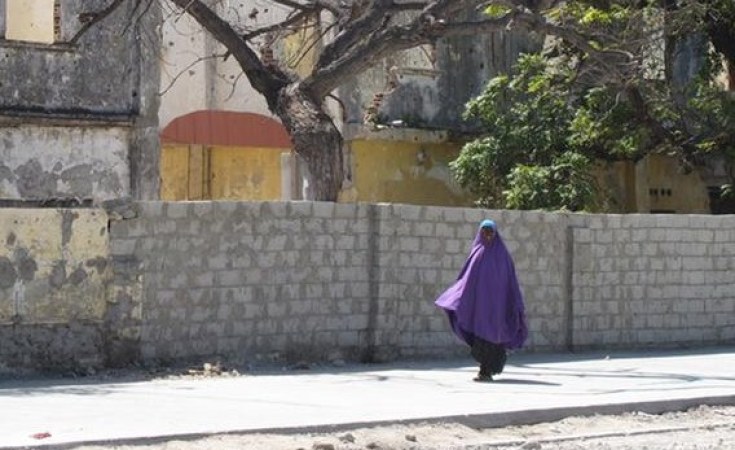 Somali women are exhausted of not being heard and side-lined at every opportunity, especially when they know that they can pivotal players in the political arena

There is little doubt that women in Somalia have played a significant role in keeping the country afloat through decades of conflict and disaster.

They are productive contributors to the economy through their petty trades and small businesses. They are often the sole providers for their families, peace builders in communities and caretakers of both the youth and the elderly.

And yet while they have played a prominent role in revitalizing the economy and bringing a sense of stability in their communities, they have also paid a heavy price.

Many have been forced from their homes due to violence and natural disasters such as droughts and forced to live in displacement camps.

Women in Somalia also suffer high maternal mortality rates, lack education, have little access to capital or finance, have no social protections and are often victims of violence.

According to the United Nations, Somalia has high rates of gender violence, including rape and female genital mutilation (FGM). Around 98% have undergone FGM, the UN says.

It is therefore time for women to be included in the political fabric of the country in a more meaningful way so that they can serve in the best interests of the nation.

Inclusive politics is essential for women to empower themselves. Somali women want to take bold steps to improve their lives. However, without policies to ensure this is attainable, sustainable and enforceable, this will not happen.

Somalia is expected to hold elections in February 2021, and it is key that women are now given a seat at the table.

Women currently hold 24% of the 329 seats in Somalia's lower and upper houses of parliament - it is crucial that 30% of the seats in government are reserved for women ahead of the elections.

Until now, the term "women empowerment" has been used by male politicians when they want to praise women without giving them real equity by providing them an actual voice.

Recognizing women's contribution by more inclusion in politics would acknowledge the important role they dominantly play in Somali society.

There is large empirical evidence that gender neutral boards at large business firms outperform boards with no women.

It has also become evident that women-led countries have outperformed in containing the COVID-19 pandemic.

And it is also an undeniable fact that women represented equitably in government roles have a track record of better governance and economic development.

Women build bridges, they are concerned for future generations, they water the seeds of the nation and are less likely to extract and deplete resources until there is nothing left.

Women will work towards policies of equitable resource sharing, affordable healthcare, quality education, access to finance, safety nets for the vulnerable, and will further economic development policies to support the youth.

These policies will allow communities to liberate themselves from the devastating shackles of extreme poverty that Somalia continues to face and have fully addressed in a systematic way.

Social justice is at the core of Islamic teachings and it is time for women to be treated fairly and provided the necessary rights and protections that they deserve.

Somali women are exhausted of not being heard and side-lined at every opportunity, especially when they know that they can pivotal players in the political arena.

It is time for Somali women to have their moment in sun.

Dr. Hodan Isse is the Clinical Assistant Professor Emeritus at Finance and Economics School of Management University of Buffalo.

Sagal B.H. Musa is a managing director of BHM Holding, Ltd, one of the largest FPC’s in Somalia with a focus on East Africa real estate development and private equity investments.