Kenya: Media Cautioned Against Fake News Ahead of Constitutional Reforms 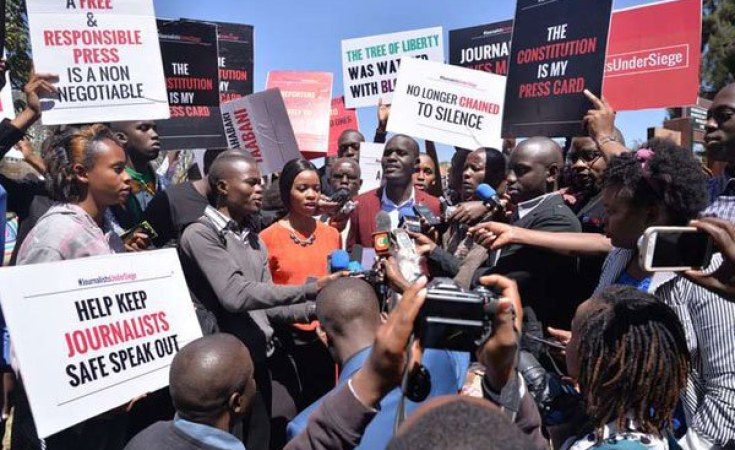 Kenyan editors and media practitioners have been cautioned against dissemination of fake news as the country prepares for the impending constitutional referendum and the 2022 General Election.

From the experience of 2007, he pointed out that a section of the media is to blame for fueling the chaos that resulted in more than 1,000 deaths and displacement of hundreds of Kenyans following the contested presidential election.

"As the country approaches the electioneering period, media houses have a critical role in safeguarding against the spread of propaganda and use of unethical practices by unscrupulous politicians who want to achieve their own selfish agenda," Gaitho said.

Speaking during the 2020 Annual Editors' Convention at Ciala Resort in Kisumu county, Mr Gaitho challenged media outlets to carry out elaborate fact-checking before disseminating any information.

"In situations where it is established that some people are propagating fake and unverified information, the politicians should be called out," he said.

"It is only through taking such bold decisions that we can end this emerging trend that is threatening the delicate unity and stability of the country," Mr Gaitho stated.

He reiterated that journalists and mainstream media outlets should use their platforms to counter and clarify issues.

"It is not our job to be conveyor belts of unverified information. It is better to ignore or carry out a disclaimer rather than air or publish what stands to cripple the country," he said.

While the media can use tips from social media to get story ideas, journalists have been cautioned to watch against authenticity of information being circulated.

As gatekeepers, Mr Gaitho also noted, editors have to balance society's needs and those of the media, ensuring that information is palatable, relevant and useful to society, while ensuring that professional and journalistic integrity are maintained at all times.

Why Latest Round of Proposed Constitutional Changes Should be Rejected