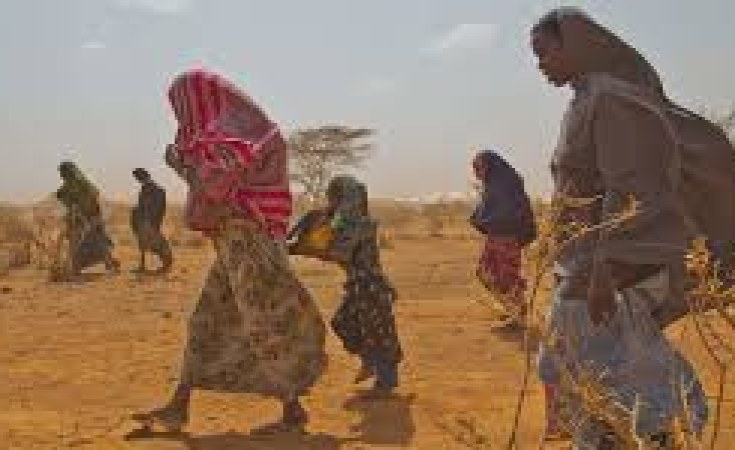 Jiro Ose/UNICEF
Refugees from Somalia arrive at the Burumino refugee camp in Ethiopia. Due to poor rainfall, and continued insecurity in Somalia, the number of refugees at the camp has increased.
The East African (Nairobi)
By Luke Anami

Speaking to The EastAfrican, Dr Simiyu Werunga, the president of the Geneva Centre for Africa Security and Strategic Studies said while the presence of Amisom may have curtailed Al Shabaab's reach, the group continues to cause havoc in the region.

Dr Werunga noted that Mozambique has poorly handled the security situation in its territory -- the surge in terror activities by a group affiliated to Isis, in the northern province of Cabo Delgado.

"There are also fears that the treatment of opposition politicians in Zanzibar by the government of Tanzania may easily create a group of dissatisfied youths supported by a population that feels disenfranchised by the government in Dar-es salaam," he said. On Ethiopian crisis in Tigray, Dr Werunga said any upheaval in Ethiopia will impact East Africa because it may end up creating a flood of refugees for the region and complicate the fragile stability of the region.

These four security issues - al Shabaab, Mozambique, Tanzania handling of opposition and Tigray - have the potential of creating instability in East Africa, said Dr Werunga, adding that the East African Community, Intergovernmental Authority on Development and the Southern African Development Community must engage and reduce the potential of these problems morphing into a regional terror tsunami.

While the change of guard in the White House does not always lead to fundamental shifts in the US strategic security interests and concerns around the world, President Donald Trump promised to reduce the presence of US troops around the globe. He did in Syria and Afghanistan.

But although individual presidents have different leadership styles, and their world views may differ, the goals and interests are anchored in the body politic that informs the socio-economic and political interests of the US.