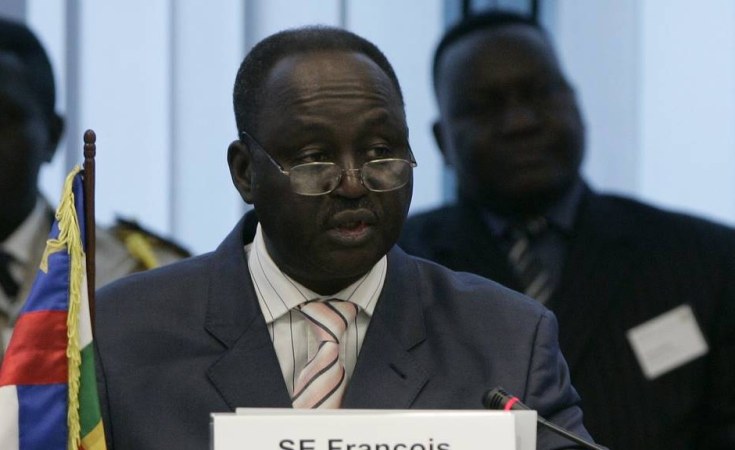 The Constitutional Court of the Central African Republic has dashed the hopes of former president François Bozizé and a dozen other members of armed groups. Their candidacies in the 27 December elections were invalidated. Bozizé, president from 2003 to 2013, is caught up by allegations of war crimes against him.

Central Africans had been holding their breath since the Constitutional Court ruled on 27 November on the eligibility of candidates for general elections. The court had then excluded several personalities belonging to armed groups, or prosecuted or convicted for war crimes. Public opinion was wondering what decision the country's highest court would take regarding former president François Bozizé, a candidate in the 27 December presidential elections. Bozizé is facing serious charges of international crimes, although he remains very influential.

Sitting in open court on 3 December, the Constitutional Court presided over by Judge Danielle Darlan decided to exclude the former Central African Republic strongman from the race. "On the criterion of good character, the candidate is the subject of an international arrest warrant issued against him on 31 March 2014 by the High Court of Bangui for murder, arrest, kidnapping, arbitrary detention and torture, kidnapping, judicial and extrajudicial executions," said the judge. François Bozizé "is subject to UN sanctions," she added. The United Nations accuses him of having played a key role in the formation of anti-Balaka militias that were guilty, in 2013 and 2014, of war crimes and crimes against humanity that mainly targeted members of the Muslim community. On this basis, Bozizé's candidacy is invalidated. And the decision of the Constitutional Court is not subject to appeal.

During the reading of the ruling, the former president was in Kaga-Bandoro, in the north of the country, officially in pre-election campaign. Putschist recidivist, returned from exile in late 2019 almost on the sly, General Bozizé happily wears his 74 years. He had gone abroad in 2013, after ten years in power and after being overthrown by the Séléka, a coalition of armed groups dominated by Muslims and which is itself accused of committing international crimes. Despite the serious charges against him and UN sanctions, Bozizé was seen as the only candidate who could hold sway over incumbent Faustin Archange Touadéra.

On 27 January, during his first meeting with the press after his return to the country, Bozizé had denied any connection with the crimes allegedly committed by the anti-Balaka. "The events concerning the anti-balaka took place in my absence and everyone knows it," he said, announcing that he would ask the UN to lift the sanctions against him. "Today, the situation has changed considerably and it does not seem at all fair that I should be forced to endure these sanctions for life," he argued. Weighing his words, he asked for "solemn forgiveness" for "all the mistakes made on [his] part and all the wrongs committed to each other that could have resulted from his action at the head of the country". Despite this, the sanctions were maintained by the UN last summer.

No to candidates from armed groups

In Bangui, many people fear that the former head of state will take up arms again to add to the ordeal of a country where more than half of the territory is under the control of armed groups. "We don't know what he is up to in the hinterland. Here, people are already afraid," a Central African journalist based in the capital told Justice Info.

A coalition of civil society organizations and victims' associations had requested the Constitutional court to exclude candidates with links to armed groups. And General Bozizé is not alone in suffering the consequences. The court wants to remove from the presidential election all members of armed groups, their mere presence, it says, "seriously undermining the sincerity of the vote". Thus it also eliminated from the race Armel Ningatoloum-Sayo, leader of the armed group "Revolution-Justice - Sayo wing", also excluded from the legislative elections.

On 27 November, the Constitutional Court had already invalidated a dozen candidates for the general elections - held on the same date - on the grounds of belonging to armed groups. Among them were three candidates who had run under the colours of the United Hearts Movement (MCU), President Touadera's party, and three anti-balaka leaders.

Tagged:
Copyright © 2020 JusticeInfo.net. All rights reserved. Distributed by AllAfrica Global Media (allAfrica.com). To contact the copyright holder directly for corrections — or for permission to republish or make other authorized use of this material, click here.