Somalia: U.S. to Withdraw Main Force From Somalia By Early 2021 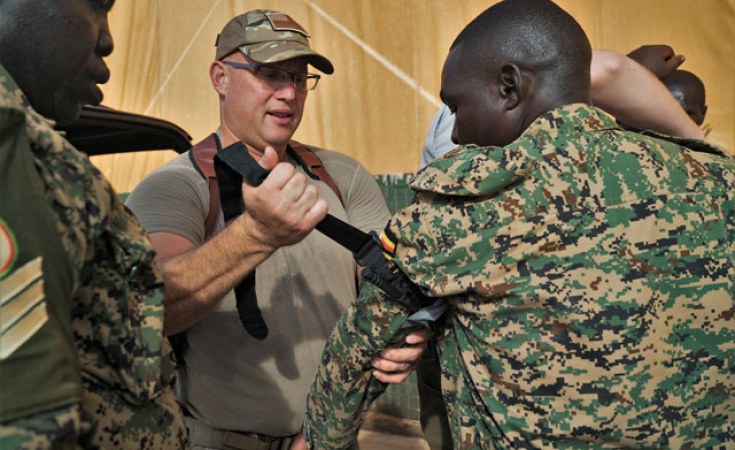 Kampala, Uganda — Commanders of The African Union Mission in Somalia (AMISOM) face an anxious next 30 days with Ugandan President Yoweri Museveni's eyes on an election at home while US President Donald Trump is ordering a reduction of troops from the region.

The US has up to 700 elite troops involved mainly in training Somalia and AMISOM units, while Uganda, with over 6,000, is a top African contributor to the ongoing peacekeeping efforts. They are in Somalia to assist local forces against al-Shabaab terrorists who an affiliate of al Qaeda.

Uganda has previously outlined long term plans to reduce its troop levels, but an election in January is likely to be followed by a firm decision on the way forward. Currently the military component of AMISOM is comprised of troops drawn from Uganda, Burundi, Djibouti, Kenya and Ethiopia who are deployed in six sectors covering south and central Somalia.

Trump lost the US election, and the Pentagon confirmed he had decided to change troop levels in Somalia, Syria and Afghanistan before he leaves office - by January 15, 2021.

"The President of the United States has ordered the Department of Defense and the United States Africa Command to reposition the majority of personnel and assets out of Somalia by early 2021," the Pentagon said in a statement Friday.

"As a result of this decision, some forces may be reassigned outside of East Africa. However, the remaining forces will be repositioned from Somalia into neighboring countries in order to allow cross-border operations by both U.S. and partner forces to maintain pressure against violent extremist organizations operating in Somalia," the Pentagon said in their statement.

US operations in the region are coordinated by Stuttgart-based AFRICOM, who in conjunction with Somali National Security Forces, are providing direct support to the five primary troop contributing countries in the African Union Mission in Somalia - Uganda, Kenya, Burundi, Djibouti and Ethiopia.

Ugandan troops are deployed in Sector 1, which comprises the regions of Banadir, and Lower Shabelle.

Since firing Defense Secretary Mark Esper by tweet November 9, Trump has made several changes in troop positions in Somalia, Afghanistan and Iraq.

Al-Shabaab has been driven from Somalia's major cities and towns but still has much influence in southern Somalia, carries out terrorist attacks in Mogadishu and commands some 5,000-10,000 fighters.

"We enjoy close cooperation with our East African partners. Partnership and a range of U.S. assistance remains critically important to the stability, security, and prosperity of this region," said Townsend. "We must continue to work together and deliver whole-of-government, international, and African solutions to address regional issues."

Somalia collapsed as a state, beginning in the late 1980s, and the Somali people have suffered some 30 years of war, displacement, and famine ever since.

The Somali conflict has crossed borders, primarily into Kenya, where large-scale and high profile terrorist attacks have killed hundreds of innocent civilians, including college students in their dormitories and shoppers in a Nairobi mall. There were also attacks against civilians in Kampala, Uganda.

* The reason why troops from Sierra Leone were withdrawn was the inability to rotate in fresh soldiers, due to the Ebola outbreak

Next Story
Tagged:
Copyright © 2020 The Independent. All rights reserved. Distributed by AllAfrica Global Media (allAfrica.com). To contact the copyright holder directly for corrections — or for permission to republish or make other authorized use of this material, click here.