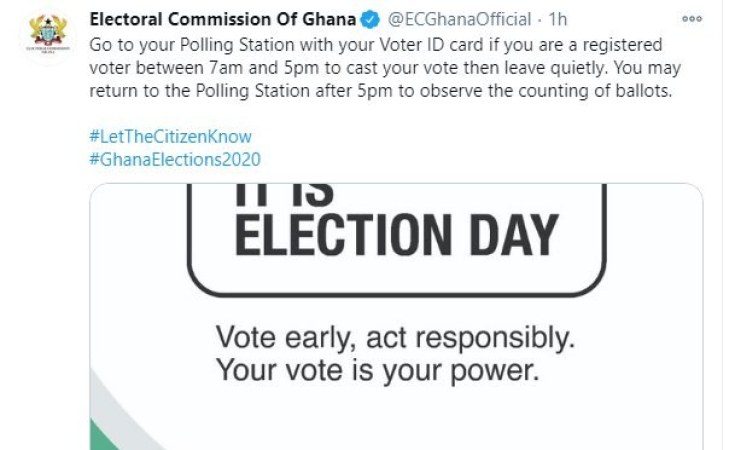 Millions of Ghanaians will go to the polls on Monday to elect their president and 275 members of parliament.

The election is the eighth consecutive election since the country returned to multi-party democracy in 1992.

But the two front runners remain President Akufo-Addo and former president Mahama. The two candidates had also squared up four years ago when the latter was the incumbent president.

Ahead of the election, security agencies embarked on a show of force across major cities in the capital.

During his nationwide address on Sunday night, Mr Akufo-Addo emphasised that "improper behaviour by any citizen, no matter the colour of the party, will not be tolerated."

The Ghana Electoral Commission promised to announce the winner of the presidential election within 24 hours of the close of voting.

Previous Story
Elections: Ghana Decides for the Third Time Between Akufo-Addo and Mahama
Next Story
Let's Safeguard Our Peace-Duncan Williams

Elections: Ghana Decides for the Third Time Between Akufo-Addo and Mahama