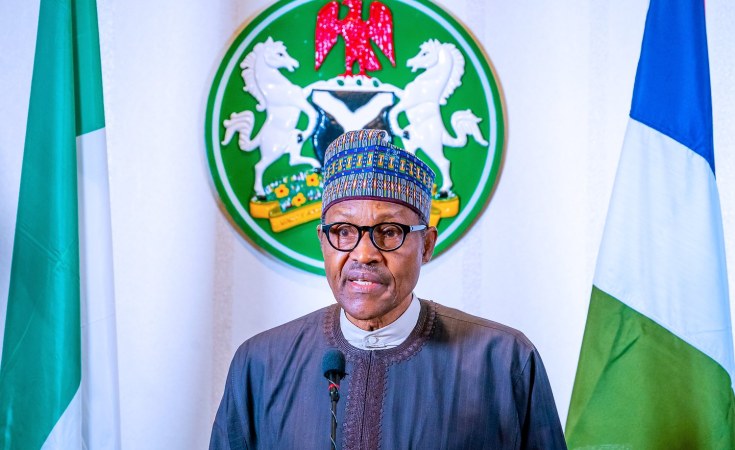 The House of Representatives last week summoned President Buhari over the security situation.

President Muhammadu Buhari will address a joint session of the National Assembly on Thursday, sources at the presidency told PREMIUM TIMES.

The president's address to lawmakers is expected to focus on the security situation across the country.

The address comes a week after the House of Representatives summoned the president following the worsening security situation, especially the killing of dozens of farmers in Borno State by Boko Haram.

The House of Representatives had on December 1 summoned Mr Buhari over the killing of 43 farmers in Zabarmari, a community in Jere Local Government Area of Borno State.

The attack which took place in the morning of November 28, on mostly rice farmers in Zabarmari, saw at least 43 farmers killed. About a dozen farmers are still missing since the attack.

The victims were buried the following day.

The incident sparked outrage on social media with many calling for the resignation of service chiefs and even the president himself.

The following week, both Chambers of the National Assembly debated separate motions on the issue. But while the Senate simply called for the removal of current service chiefs (for the third time), the green chamber summoned the Commander-In-Chief of the Armed Forces.

The decision by the House was sequel to a chaotic debate on a motion of urgent national importance by Satomi Ahmed. PREMIUM TIMES reported how the debate divided the lawmakers forcing them into an executive session prior to the resolution.

The Speaker of the House, Femi Gbajabiamila, later told journalists that the president had agreed to appear before the House to answer questions bordering on the nation's security.

He said the leadership of the House and the president had agreed on a date for his (Buhari) appearance at the National Assembly, saying the date would soon be made known to Nigerians.

"We have agreed on a date and he will meet with the House to address the situation. We have fixed a date but we will communicate with you," he said.

"The President will address a joint session of the parliament," Mr Shehu wrote in a short message in response to PREMIUM TIMES enquiry.

The spokespersons of both the House and Senate, Benjamin Kalu and Ajibola Basiru, declined comments on the president's planned visit as they did not respond to calls and text messages sent to them.