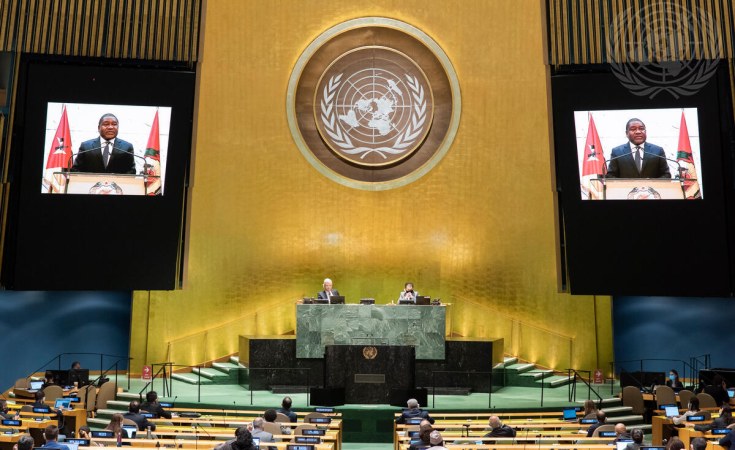 On Friday 27 November 2020, the Southern African Development Community (SADC) hosted an Extraordinary Organ Troika Summit in Gaborone, Botswana. According to the SADC press release, "The SADC Organ on Politics, Defence and Security Cooperation, in short, the Organ, is the body whose overall objective is to promote peace and security in the region in line with Article 2 of the SADC Protocol on Politics, Defence and Security Cooperation."

As is the norm, at the conclusion of such "close-door" meetings, a communique is released. As most analysts and political commentators know, the value of a communique is that it allows a slight peek into the meeting room. It is only a slight peek into the deliberations in the meeting room, as none of the decisions taken in the meeting are revealed in great detail. At best, the communique corroborates certain public opinions, without much real evidence. This practice often leads to undue speculation, resulting in unsubstantiated conclusions being reached by the public who had no direct access to the "closed-door" meeting.

Therefore, in relation to occurrences of insecurity in the SADC region, one would assume the insecurity in northern Mozambique would have featured prominently in the Organ meeting, and the way forward shared to some degree in the communique. However, this was not the case, although there was an interesting change in the tone of the language used by the SADC regional leaders in setting out the way forward to finding a solution to the prevailing insecurity. Let us unpack some of the more important decisions that may not have been fully articulated:

While all in attendance were Heads of State, except for Tanzania which had its Vice President attending, Mozambique had their Minister of Defence representing President Filipe Nyusi. From the outset, it can be assumed that issues and decisions taken regarding Mozambique would not have had the necessary political gravitas, as the Minister would have had to consult with his President before agreeing to certain discussions and decisions taken. This situation does not bode well for a meeting specifically called to discuss the very worrying incidents of instability in northern Mozambique, which may spill over into the rest of the region and therefore may necessitate a regional response.

As the current Chairperson of SADC, President Nyusi should have attended the meeting and not delegated a subordinate in his place. It may have been prudent for the other SADC leaders in attendance to reach out to Nyusi to convince him to attend, or to postpone the meeting until his schedule permitted him to attend. The situation in northern Mozambique requires urgent action and his attendance may have expedited the formulation of a sufficient regional response to the growing insecurity in the country.

If we analyse the decisions agreed to at recent SADC meetings pertaining to the insecurity in northern Mozambique, it appears as if the process to put decisions into effect, has stalled.

In May, during an Extraordinary Organ troika meeting, the communique stated:

"The Extraordinary Organ Troika Summit plus Mozambique reiterated SADC's position that condemns all acts of terrorism and armed attacks, wherever they occur, as contained in the SADC Declaration on Terrorism and the AU Convention on the Prevention and Combating of Terrorism."

"The Extraordinary Organ Troika Summit plus Mozambique committed and urged SADC Member States to support the Government of Mozambique in fighting against the terrorists and armed groups in some districts of Cabo Delgado."

In June 2020, at the conclusion of the 22nd Ministerial Committee of the Organ (MCO) Meeting, Lt General (Rtd) Dr Sibusiso B. Moyo, Minister of Foreign Affairs and International Trade of Zimbabwe and Chairperson of the MCO, presented the key outcomes of the meeting and stated:

"Summit welcomed the decision by the Government of the Republic of Mozambique to bring to the attention of SADC the violent attacks situation in the country, and commended the country for its continued efforts towards combating terrorism and violent attacks."

"Summit expressed SADC solidarity and commitment to support Mozambique in addressing the terrorism and violent attacks, and condemned all acts of terrorism and armed attacks."

On 27 November 2020, at the Extraordinary Organ Troika Summit, the communique stated:

"The Extraordinary Organ Troika Summit noted with concern, the acts of terrorism in the region, particularly in Cabo Delgado province of the Republic of Mozambique, and expressed continued SADC solidarity with Mozambique."

"The Extraordinary Organ Troika Summit directed the finalization of a comprehensive regional response and support to the Republic of Mozambique to be considered urgently by the Summit."

It is clear the wording throughout all the meetings has been measured and articulated with a more diplomatic tone. However, if we read closely between the lines, paragraph 6 of the communique may signal the start of a change in tone and approach from the SADC regional leaders. It is the first instance, the Heads of State are literally directing the finalisation of a comprehensive regional response and support plan to be provided to Mozambique, which is to be discussed urgently at a Heads of State Summit meeting. This change in language could be diplomatic speech from the regional leaders, expressing frustration that they can no longer wait for Mozambique to lead the effort in finding a solution to the insecurity.

Going forward, analysts and political commentators, while continuing to monitor the situation in northern Mozambique, should be able to tell if this is indeed the start of a new approach to address and curb the threat of the insecurity, including the threat of it spilling over into neighbouring states. The main regional implication of non-action is the very real threat that the insurgency may expand and gain a foothold in neighbouring states. This will not only exacerbate the insecurity situation but also require a much more intensive response, with potentially more dire consequences. One can only assume this is the scenario most states in the region would want to avoid.

Craig Moffat, PhD is the Head of Programme: Governance Delivery and Impact for Good Governance Africa’s National Security Programme. He has more than 17 years of practical experience working for government institutions and multilateral organisations. He was previously employed by the South African Foreign Service, where he worked extensively at identifying and analysing security threats towards South Africa as well as the southern Africa region. Previously, he was the political advisor for the Pretoria Regional Delegation of the International Committee of the Red Cross. He holds a PhD in Political Science from Stellenbosch University.