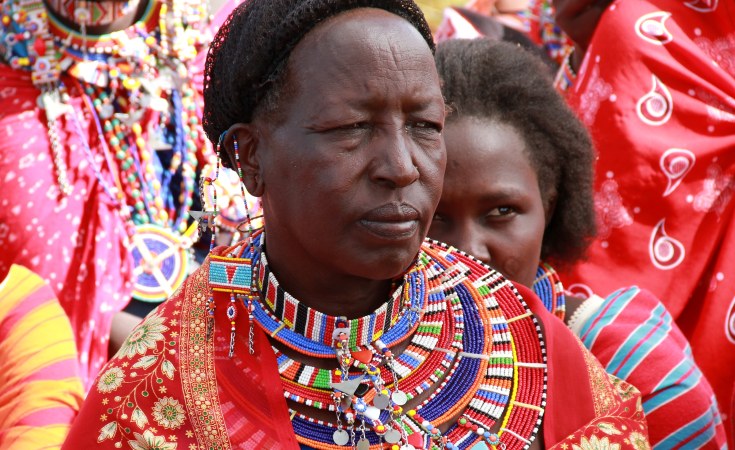 Driving along the Nanyuki-Dol Dol Road in Laikipia County, one comes across an exotic species of plant bearing pear-shaped spherical purple-coloured fruits.

In this sun-scorched vast semi-arid landscape of Laikipia North Sub-county, the succulent evergreen plant creates an impression of abundance, especially to a first time visitor.

But to the local pastoralist community, this smooth-surfaced fruit is a curse.

To the local women who are traditionally subservient to the male folk, however, the fruit is a major tool of economic empowerment. The women with little or no formal education are emerging the heroines who, through ingenious ways, are dealing with this menacing plant.

Introduced from America in 1950s by the colonial administration to stem land degradation and soil erosion, the cactus plant is drought tolerant for up to eight months, making it ideal for the region.

The local Maasai refer to the plant, scientifically known as Opuntia Stricta, as matunda (fruit in Kiswahili).

Its ripening season is a feasting time for elephants, monkeys, birds and rodents. But it is the elephants that enjoy much of the readily available matunda and with this, have contributed to the rapid dispersal of the plant in Laikipia North.

This plant has colonised tens of acres in Makurian, Dol Dol, Murpusi and Il Polei locations, choking grass and shrubs that herbivorous like goats, sheep and cows fed on.

To the locals, this is an affront to their livelihood due to the reduction of grazing area.

The matunda is also ruining the locals' livelihoods further since the livestock find it irresistible. It is lethal as it has tiny spines that cause injuries and septic wounds to their mouth and gut once they eat it.

It has reduced native biodiversity and restricted free movement to grazing areas and watering points. Some families have even been displaced from their homes. It has been nominated among the "100 World's Worst" invaders by the International Union of Conservation (IUCN) and is also listed as a noxious weed in South Africa, Eastern Africa and Australia.

In Kenya, it is invasive in Laikipia, especially around areas neighbouring Dol Dol town, Tsavo East National Park and its surroundings, where it has invaded more than 500 square kilometres.

The plant is turning out to be an alternative source of livelihood, to a group of 32 Maa women, helping to emancipate themselves from the long-held tradition that deny women in the pastoralist community rights to property ownership.

The women with the support of a local non-governmental organisation, Laikipia Permaculture Centre (LPC), are turning the despised fruit into cash. They pick and sell it for processing of wine and jam. They use its leaves to produce biogas for domestic use.

"For a long time, matunda has caused pain and agony to us. Our animals have died after eating the fruits, and grazing fields have been reducing because where it grows, it smothers away grass and shrubs. Children have also been suffering injuries when they eat the fruits while out grazing animals.

"But now we have hope because we get paid to harvest the fruits for processing at Laikipia Permaculture Centre. The biogas project will also go a long way in saving the trees we use for firewood," says Jane Sarioyo, the chairlady of Naatum Women Group.

The group sells the cactus fruits to LPC about 30km away, where the processor buys it at Sh500 per crate. The women have formed a merry-go-round (chama) and the proceeds from the sale of the fruits goes to individual members every week.

"I always look forward to my turn to receive the money, which I utilise in buying necessities in the house like maize flour, sugar and cooking fat," says Jennifer Bebi Letair, a mother of six.

The women say the project has enabled them feed and clothe their families as well as paying school fees for their children.

"We are no longer dependent on our men for everything. As a result, we are gaining recognition of the community," says Ms Letair.

The project coordinator, Joseph Lentunyoi, says the idea behind the project is managing the spread of the plant and reclaiming the land it has colonised by involving the local community.

"Elephants are the major culprits in the dispersal of the cactus because of their appetite for the fruits. By harvesting it, we minimize their chances of eating it and, therefore, controlling the spread," says Mr Lentunyoi.

He adds: "The women are also able to earn cash from harvesting the fruits that we use to make wine and jam extracted from the pulp and oil from seed, which is used for soap-making and cosmetics."

In the next three months, they plan to put up a bigger processing plant, capable of doubling the current processing of the fruits, near Jua Kali market.

Ms Maureen Atieno from LPC and who coordinates the women group says harvesting the fruits and utilising the stem in biogas production have assisted in stopping the spread of the invasive species.

"Once we cut down and clear the cactus, we plant fruit trees like mulberry, pawpaw or mango. Pasture also rejuvenates from the cleared space and the pastoralists can look forward to adequate pasture as we slowly strive to eliminate the cactus," says Ms Atieno.

Local environmentalist, Francis Merinyi is excited about the efforts by the local women to control the spread of the cactus, especially the use of the leaves to generate biogas.

"This method of putting the plant into human use is the solution to Opuntia Stricta's menace. Apart from the biogas, we use the waste-product as manure in the farms. This means the local community is also diversifying their economic activities to farming moving away from sole reliance on livestock. This is quickly becoming a tool of empowerment for the local women," says Mr Merinyi, adding that it could not have come at a better time.

Ms Sarioyo hails the diversification into farming saying it is also contributing to the enrichment of the locals' diet, moving away from reliance of milk and meat.

About a 100 kilometre from Dol Dol in Chumvi village, another group of women is also rising from the shadow of male dominance to own property and engage in income generating activities, opening a new chapter in this conservative society.

The Osuguroi Women Group with a membership of 34 women and four men own a nine-acre piece of land where they are engaging in farming and bee-keeping.

"Traditionally, Maasai women are subservient to men. Our main occupation is looking after livestock, domestic chores and raising children. So when we came together and leased a half-acre piece of land to grow food crops in 2014, we faced a lot of resistance from men," narrates Bernadette Tingoi, the group leader.

Ms Tingoi says they started by contributing Sh100 every month, which after months of saving, was enough to put a deposit for the nine-acre land, which they eventually acquired at a cost of Sh480,000.

In the farm, the women grow vegetables that they sell to the locals on market days. They are also engaging in bee-keeping and have a cultural manyatta where they showcase Maasai artefacts, culture and traditions.

"From the vegetable garden, each member can earn between Sh800 and Sh1,500 a month. When we harvest honey the income goes up. We also host local and foreign groups that come to learn about Maasai culture and this gives us a huge income boost," explains Ms Tingoi.

After witnessing the changing fortunes of the women, the men are reconsidering their stand about allowing their women to own property and make extra income to support the family.

"We are now contributing to our families' income and this has impressed our husbands. What we are doing is changing their perception about women," explains the women's leader.