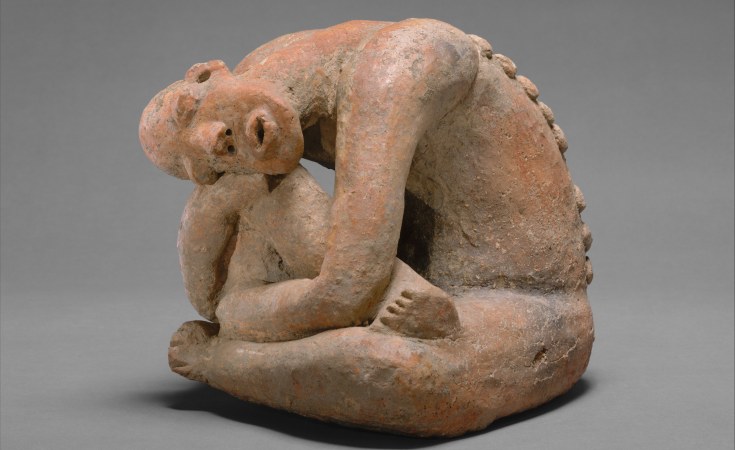 It was late summer 2019 when Bourama (not his real name) answered his phone. He was near Mopti, in central Mali, he told us and was in the midst of illegally excavating one of Mali's thousands of archaeological sites.

The site that he and his team of three workmen were excavating had so far mostly yielded ancient stone beads, which he estimated to date back to the palaeolithic era. These are often found at spots in this region, particularly ancient burial grounds. Reminiscing about a previous excavation, he described how "we opened the tombs and found cadavers wearing the beads. They had them on their necks, their waists, and their wrists."

He has unearthed everything from bronze jewellery to urns and statues. Other looters he knows have dug up the famed Djenné terracottas. These are unique to Mali and one of the most ancient forms of figurative art in Africa.

Unexcavated artefacts in Mali are legally the property of the state. Removing them from their original context, or exporting them, is unlawful according to standard legal frameworks in archaeological...

Ahmed Shibrain's Art - A Marrying of Arab and African Cultures