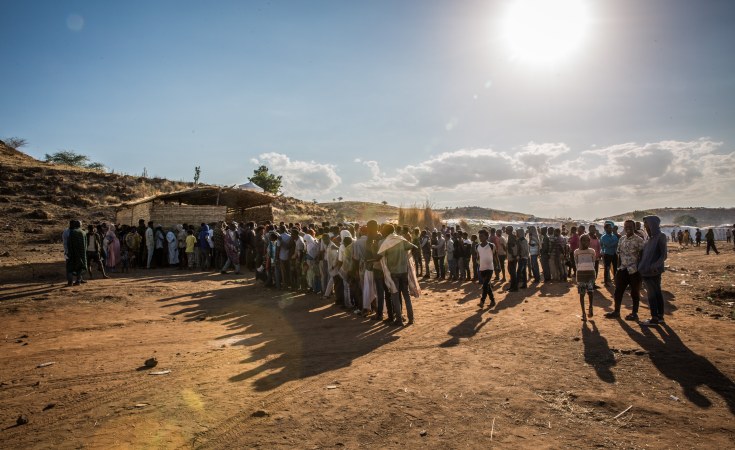 In Ethiopia, the national army claims to have taken "complete control" of Mekelle, the capital of the dissident region of Tigray. But since the fighting started in November, there have been concerns for civilians in the region who may have been injured or displaced due to the conflict.

What is known is that providers of humanitarian aid haven't been able to reach civilians. There are also reports that hundreds of civilians have been killed. However, because parts of the region have been cut off from mobile phone and internet network, it's hard to ascertain the exact situation on the ground.

As an expert on human rights and international criminal law, I wanted to provide insights into the legality of the government's actions and whether the armed intervention violates international law.

As well as governing relationships between countries, international law applies to the conduct of hostilities within a country.

At the core of international humanitarian law are the Geneva Conventions. These were a series of meetings that produced rules for times of armed conflict. They seek to protect people who are not taking part in hostilities. The agreements originated in 1864 and were significantly updated in 1949 after World War II.

Ethiopia has ratified several of the UN's key international human rights conventions, the Geneva Conventions and the African Charter on Human and Peoples' Rights.

I argue that there are several instances in which Ethiopia could have already violated these conventions. For instance in the denial of humanitarian aid and if civilians were attacked.

Serious violations of these laws can be considered war crimes and can be prosecuted in national or international courts, such as the tribunals established to investigate violations of the law in the former Yugoslavia and Rwanda and the International Criminal Court. Victims of humanitarian blockade could also sue the government in Ethiopian courts.

Under international law, the Ethiopian federal government has the right to suppress rebellion, riot or mutiny by parts of the population against the established government. But it must respect the rules of international humanitarian laws. For instance, it must ensure the protection of all civilians.

The conflict was triggered when forces loyal to the Tigray People's Liberation Front (TPLF) - the region's ruling party - attacked a federal military base, killing federal soldiers. This act constitutes an insurgency and the government has legal grounds to suppress it.

The Tigrayan government also refused federal government orders to postpone the organisation of regional elections because of COVID-19. This constitutes a rebellion, which again gives the government legal grounds for military action.

But the Ethiopian government must respect the rules of international humanitarian law, including the Geneva conventions. They cover legitimate violence, proportionality, respect for human rights and the prohibition of the use of torture.

These laws also include the protection of civilians. It appears - though the government denies it - that civilians have been bombed. If this is true, this is in violation of international humanitarian law: it's not lawful to attack civilians in a conflict.

It's difficult to verify the extent to which civilians have been affected, because of a media blackout. But some rare reports show that many people have been injured.

The government is also legally bound to protect its people from genocide, war crimes, ethnic cleansing and crimes against humanity. This is known as the "principle of the responsibility to protect". States must ensure that their armed forces respect this.

It is not enough for the Ethiopian army to tell people living in Mekelle to "save themselves from any artillery attack". Not protecting them is a violation of international law.

In addition to this, any denial by the Ethiopian government of humanitarian assistance to people in Tigray is a violation of international humanitarian law.

Under various conventions, it's the responsibility of the warring parties that control the territory to ensure that the needs of the civilian population are met. This includes their access to humanitarian assistance, such as food, water, clothing and medicines.

There's one more area of concern regarding international human rights law: the question of displacement due to the conflict.

Tens of thousands of people have already been displaced by the violence. The African Union's "Kampala Convention", to which Ethiopia is party, obliges the state to allow the relevant agencies to provide protection and assistance to internally displaced persons.

If the situation gets much worse, the African Union can intervene militarily and hold the government to count.

The Ethiopian government has emphasised its commitment to restoring order in the Tigray region. But some of its actions violate international humanitarian law. The government must respect international law. And the UN and other institutions must remind Ethiopia of its obligations.