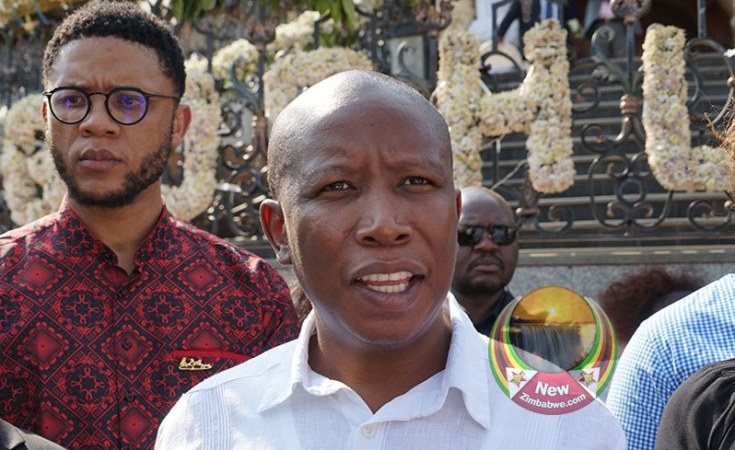 Nairobi — South Africa's Economic Freedom Fighters (EFF) Party Sunday lauded the Kenyan Government's move to confer citizenship to stateless 1,670 Shona and 1,300 Rwandese people who have been residing in Kenya since 1930.

The Julius Malema-led Party expressed pride in Kenya for setting an example in creating a Pan -Africanist community of African nations which is a recognition of the quest for universal citizenship of Africans in Africa.

"The EFF Congratulates the Kenyan Government for the conferment of citizenship to fellow Africans who have been In Kenya since the early 60s and 70s but remained stateless ever since, we are proud of you and shall ever recognize you as a shining example of the society we are striving for," the party said in a statement.

The Party urged other African governments to emulate the Uhuru Kenyatta-led government on their bold step of conferring citizenship to Africans regardless of their tribal affinity, religious affiliation, and ancestral origin.

"We call on the rest of African governments to emulate the people and government of Kenya on their bold step towards a united Pan Africanist society of Africa where all African communities co-exist peacefully," EFF said.

While presiding over the 57th Jamhuri Day on Saturday, 12 December, President Kenyatta issued a directive declaring Shona as the 43rd community in Kenya.

EFF noted that communities in Mozambique, Zimbabwe, Somalia, Burundi including White South Africans have benefitted from the generosity of the people and government of Kenya.

The two communities will now be recognized among Kenyan tribes and receive services requiring national identity cards as a prerequisite.

The Shona community hails from Zimbabwe, most of them having arrived in Kenya as missionaries and their quest for citizenship has lasted for years.

Twenty representatives from both communities received registration certificates from the President during the Jamhuri Day celebrations held at the Nyayo National Stadium in Nairobi.

Shona community members live in Kiambu County where they first settled when they arrived in Kenya and some have intermarried with Kenyan locals.

In 2016, the President conferred citizenship to the Makonde Community in a similar exercise.