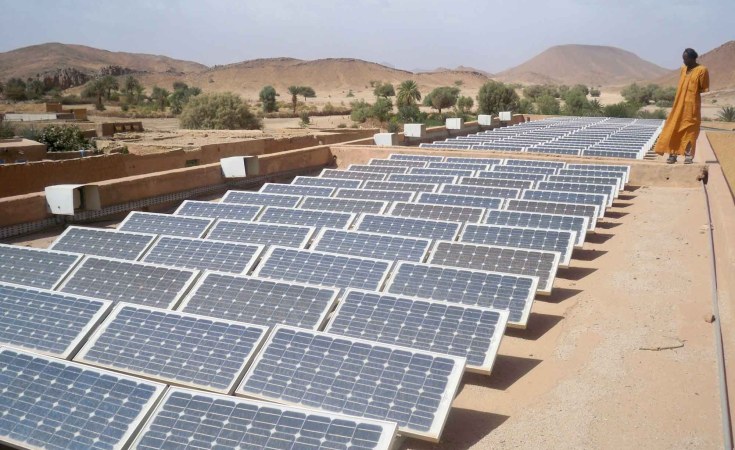 The Borgen Project
With increased global interest in the use of renewable energy resources, the Sustainable Energy Fund for Africa is working to channel Africa’s clean energy potential into promoting employment and economic growth.
Content from our Premium Partner
African Development Bank (Abidjan)

The African Development Bank's Desert to Power (D2P) project drew strong support during the 4th Africa Energy Marketplace event held December 8-10 to share progress and developments around what is one of the institution's flagship initiatives.

The virtual event, themed Unlocking the Solar potential of the G5 Sahel Countries

"The approach of the Desert-to-Power programme is in line with the vision of the G5 Sahel countries and is commendable because these countries present the same energy challenges and difficulties," said Lamine Seydou Traore, Mali's Minister for Energy. Mauritania's energy minister Abdessalem Ould Mohamed Saleh and senior government representatives from the other G5 Sahel countries also participated.

Dr. Kevin Kariuki, Bank Vice President for Power, Energy, Climate & Green Growth, said in his opening statement that "the lack of energy is a common denominator of the numerous development problems in the Sahel region. The catalytic and transformative D2P initiative will harness the abundant solar resources of the Sahel to power the region based on a strong political mandate from the Heads of State of the Sahel G5 countries." He also noted the progress made over the last year toward the achievement of the D2P vision, including the formation of a dedicated taskforce, the mobilization of resources notably for project preparation purposes and the approval of several projects. 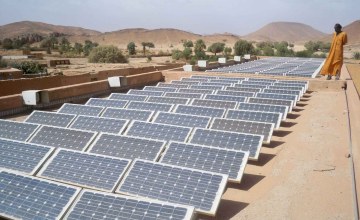 The African Development Bank announced $90 million in new donor commitments for the Sustainable Energy Fund for Africa (SEFA) during a virtual launch event held on Monday, in which SEFA's transformation into a Special Fund was also unveiled.

Over three days, participants, including representatives of the private sector and other actors, discussed a range of key issues: regional integration of energy markets; the role that innovative technologies such as storage can play in fulfilling the region's solar potential, the challenges and opportunities for Independent Power Producers, and how to address the nexus between energy and agriculture and between energy and health, particularly in the context of the COVID-19 pandemic.

In dedicated roundtable meetings, regional governments presented key priorities and projects from their strategic Roadmaps to technical & financial partners, which in turn provided strong indications of supporting the Sahel G5 countries in implementing their Roadmaps.

In closing remarks, the Bank's Acting Director for Renewable Energy, Dr. Daniel Schroth, concluded that "the Market Place is an effective convening platform that has promoted the formation of a broad coalition around the Desert to Power initiative."

Key partners of the initiative echoed these sentiments, including Mark Carrato, Power Africa Coordinator, and Maria Shaw-Barragan, Director, Global Partners at the European Investment Bank. Shaw-Barragan thanked "the African Development Bank particularly for the choice of the topic so that the people of the G5 Sahel countries will have energy that is available, affordable, reliable and clean."

The Desert-to-Power initiative, an ambitious and innovative partnership of 11 Sahel region countries, targets the capacity to generate 10 GW of solar electricity through both on-grid and off-grid projects. The initiative aims to provide electricity to about 250 million people and turn the region into the world's largest solar zone.