Zimbabwe: Two Decades of Dithering - Where Is Zimbabwe's Agrarian Bourgeoisie? 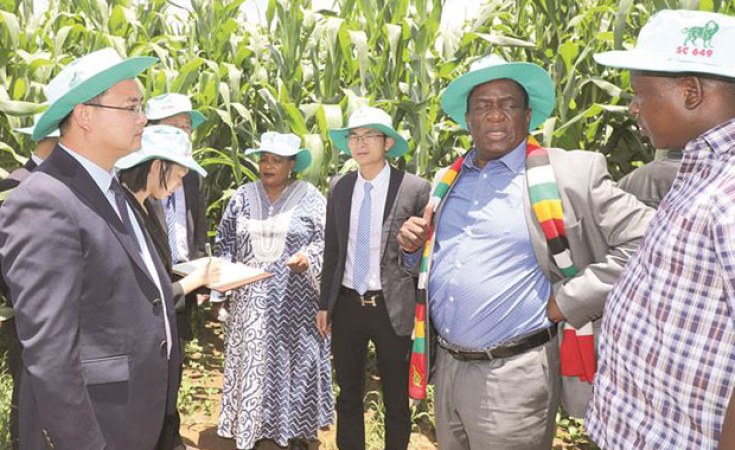 It is now exactly two decades since Zimbabwe embarked on the Fast Track Land Reform Programme (FTLRP) which started with the animated land occupations (locally known as jambanja) involving contested land expropriation (Cliffe et al. 2011) from approximately 4,500 large-scale white farmers to about 150,000 'new settlers on small plots' (Moore 2015). One objective was to redress the land ownership pattern then skewed to favour the white minority.

'Fast track' entails two strands of 'new settlement' - the A1 (or small farm) and the A2 (or large farm) models. The latter's logic was the creation of a 'new' black commercial (read agrarian capitalist) farmer, rivalling or replacing the outgoing white commercial farmer. These (mostly white) commercial farmers had been the bedrock of Zimbabwe's capitalist economy. It was hoped that the new (black) commercial farms would continue to underpin it.

However, two decades after the FTLRP, there is no real 'national' agrarian capitalist class. Production on the A2 farms has decreased drastically and dragged down the urban industrial sector linked to it. To counter this, and the private capital flight synonymous with FTLRP, the state stepped in through myriad input subsidy programmes and other targeted support frameworks. Even with this investment there is still nothing to show. This begs a larger question: where is Zimbabwe's agrarian (ostensibly national) bourgeoisie?

Some historical facts can put the debate in perspective. Authors in this series have written elsewhere how since colonial times the state has been a factor in the making and unmaking of commercial farmers. The Rhodesian state was arguably the main force behind (white) commercial agriculture's success before independence.

Private and financial capital were far from alone in this. The white farmers' characterisation and sustenance as a 'national bourgeoisie' was due to its dalliance with the state. Until 2000, the Zimbabwean state also sustained capitalist modes of production and their uneven interaction with pre-existing production modes characterising a dual economy. But while this liaison accounted for the emergence of a powerful (and 'national') accumulating agrarian bourgeoisie, since 2000 this reality has not been replicated.

Thus even more questions are raised. Where is the current state support - hundreds of millions of hard currency - for A2 commercial agriculture going to? Why is it failing to shore up agrarian production?

Alex Magaisa's analysis of the Reserve Bank of Zimbabwe's 2008 (RBZ) Farm Mechanisation Programme's beneficiaries stirred a hornet's nest. The Programme, part of the RBZ's self-admitted quasi-fiscal activities, sought to enhance productivity by mechanising commercial production. However, the outcomes did not meet their goals. The majority of beneficiaries, Magaisa writes, were neither entities nor individuals majoring in agrarian production.

Fast-forward to 2016, the script was repeated all over again under the Command Agriculture Scheme - a state-led contract scheme targeting import substitution for maize and wheat through stimulating local production. My recent research shows how inefficiencies and institutional failures - notably corruption - meant that the state has been an inhibitor, not an enabler, of capitalist agrarian production.

In mid-2019 Parliament's Public Accounts Committee revealed how [poor] governance and corruption issues compromised the Command Agriculture scheme's intended output; in the end, the state could not properly account for almost 3 billion US dollars (see Africa Confidential, 11 October 2019). As Scoones et al (2012) have earlier noted, 'accumulation from above' through state patronage trumped actual accumulation based on local-level commodity production. While Command Agriculture does provide some key inputs for commercial agrarian production, its failure to ensure the provision of all production enablers, under a conducive macro-economic governance framework, has rendered such support largely superficial.

Despite all such state interventions and support, Zimbabwe has little to show in terms of domestic-oriented agrarian production to support the erstwhile agrarian-based economy. The smallholder tobacco boom, albeit variable as it has been, indicates that only export-oriented production has shown signs of recovery and growth after 2000.

Close analysis of the Farm Mechanisation Programme and the Command Agriculture Scheme demonstrates why. Despite all the state support, Zimbabwe has no distinct 'national' agrarian bourgeoisie as of old. In fact, Command Agriculture lays bare why state support does not lead to accumulation under agrarian production. With no agrarian base to sustain it, urban industry has floundered too; the result, a tottering economy. Despite all the Command support, Zimbabwe also remains food insecure and a net importer of both maize and wheat.

The main lesson from the Farm Mechanisation Programme's debacle is the state's propensity to facilitate 'accumulation outside agrarian production'. Non-farmers - and farmers with no intention of farming! - have appropriated what could be state enablers of agrarian production.

Command Agriculture does the same: non-producers masquerading as 'farmers' continue to trade inputs on the black market instead of utilising them to stimulate production. The state seems to condone all this, as culprits are seldom brought to account for their misdeeds. In fact, this trend of 'accumulation outside production' has become endemic within the party-business-military complex: indeed it seems to have assumed state control.

These actions support neither Zimbabwe's much publicised 'Open for Business' mantra - a purportedly neoliberal thrust - nor a 'state-capitalist' means to sustain agrarian accumulation. Thus it is no surprise that despite years of overt state support, the state's role in aiding accumulation of the post-2000 commercial farmers has little to show aside from a class of conspicuous spenders, happy to flaunt extravagant opulence on luxury goods. A real, nationally oriented agrarian bourgeoisie is a mirage.